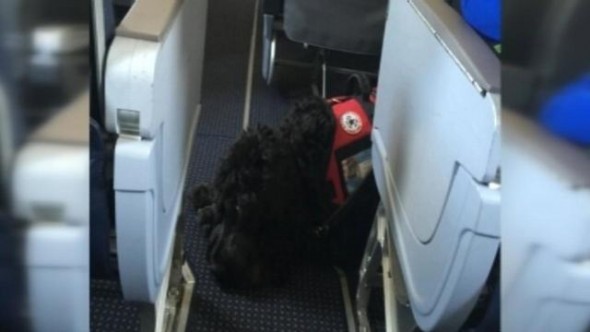 American Airlines has issued a personal and public apology to a family after an attendant on one of their flights decided that their service dog was too big to have a seat on the plane.  This was an issue, even though the family called and cleared the dog for flight with the company well before boarding the plane.

According to news reports, the family had boarded a plane in Charlotte, North Carolina on a flight that was actually being provided by one of their regional carriers.  Basically, a smaller airlines that handles short, regional flights between cities.  An attendant on that flight was asking the family to move to the back of the plane.  The thing is, the dog was far too big to fit under a seat.  Making them move to the back of the plane where there was even less space wasn’t feasible.  However, the attendant was insisting.

“She told me that it was too late; that she had already contacted management and that management would come speak to me,” said the woman.

Then, the family was kicked off of the plane.  This whole thing being an issue in the first place was a total surprise to the family.  As stated, they contacted American Airlines to advise that their son who suffers from epilepsy that is rather severe.  His service dog does a great number of things for the young man, least of all he can warn him and his family that a seizure is on its way.  This makes the dog indispensable to him, and they assured them that the dog would be accommodated. 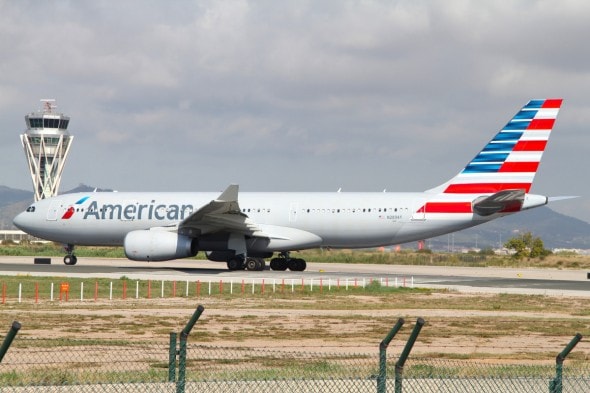 The woman had to provide a signed note from the boy’s doctor confirming that the dog was absolutely necessary.  Once the documentation was given, the attendant assigned them to the bulkhead seating area, which allowed for plenty of space for the dog.  The family says that the three previous flights went smoothly, and they just can’t figure out why they were treated in this manner on the fourth.  They say that they feel that one of the attendants was particularly nasty about the situation.

“For someone to just to be able to kick you off and deny you access is completely ridiculous,” the woman said.

American Airlines said that they were made aware of the matter, and would do whatever necessary to make any further travel as smooth as possible for them.  They said that they are going to have a full investigation into the matter with the specific regional carrier directly, and have made a personal and public apology to the family as well.

“Our customer relations team is reaching out to them directly. We are looking into the issue with PSA Airlines, the regional carrier who operated that flight.” the carrier said.

2 thoughts on “Family Gets Personal, Public Apology from American Airlines After Issue With Service Dog”