All of our pets do some pretty quirky things, but this one is definitely unusual:  a Texas dog named Huck enjoys jumping up on the roof of his house to just hang out.  The roof floof has gotten so much attention that his family put a letter out front to tell neighbors not to be concerned, but to feel free to take pictures and post on social media.  #hucktheroofdog

Huckleberry gets so much attention that owners Allie and Justin Lindemuth know that if someone is knocking on their door, it’s probably about him.  Since he was only nine months old, the golden retriever has been jumping up on to the roof and hanging out to survey his kingdom below. 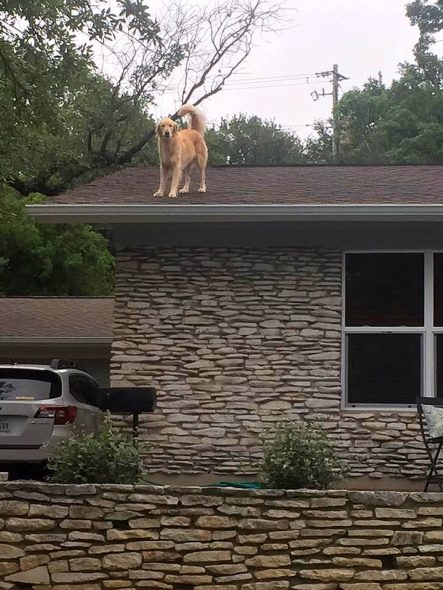 It’s understandable that people would be concerned, but the roof in the backyard is only about three feet off the ground, so it’s really not that far for Huck to jump.

Of course, you wouldn’t be able to tell from the front, thus the constant knocking of passersby to let the Lindemuths know about the furry gargoyle that has taken up a residence on their roof.  They hoped to cut down on the number of visitors by putting a note out to explain. 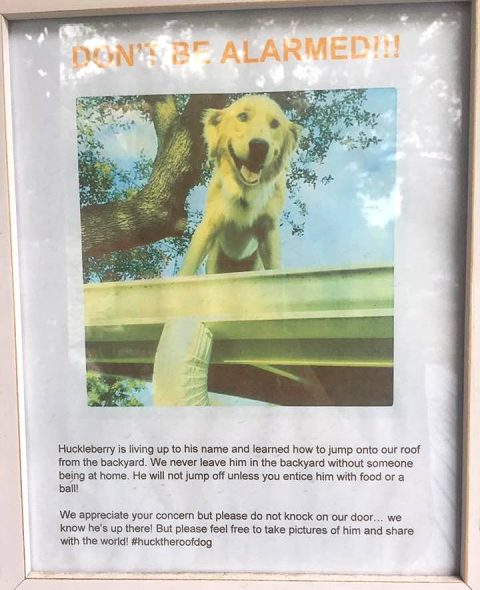 Don’t be alarmed!!!  Huckleberry is living up to his name and learned how to jump onto our roof from the backyard.  We never leave him in the backyard without someone being at home. He will not jump off unless you entice him with food or a ball.

We appreciate your concern but please do not knock on our door… we know he’s up there! But please feel free to take pictures of him and share with the world! #hucktheroofdog

Huck now even has his own Instagram page, which you can be sure will soon be loaded with roof pics. 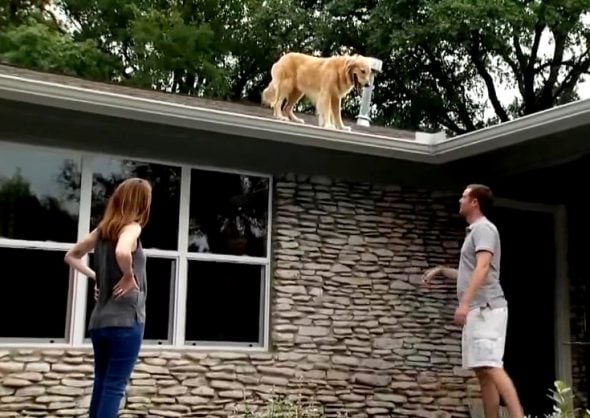