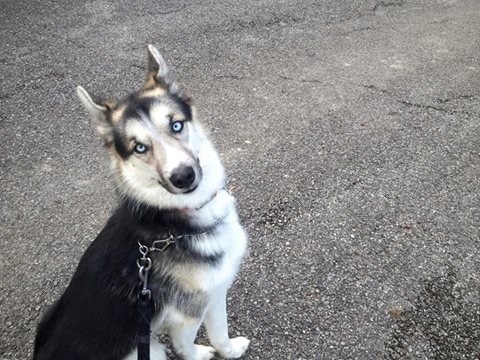 When Riley was found wandering the woods of Georgina, Ontario he was a feral dog that was completely terrified of human beings.  Flash forward to today, and Riley is an entirely different dog.  He’s got a very loving human mom now, and he actually helps her get over with her anxieties now.

According to his rescuers, Riley had absolutely no interest whatsoever in being brought to a shelter.  In fact, by the time he was brought to Georgina Animal Shelter, he was what most people would have deemed a lost cause.  However his rescuers and the people at the shelter absolutely refused to give up on him. 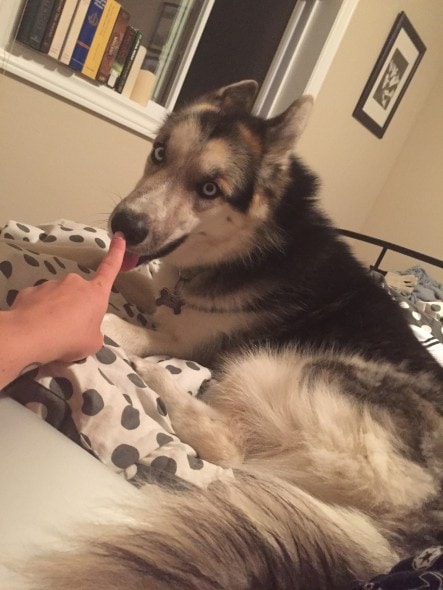 “He wasn’t even in the shelter for more than a week when I stumbled across his page on Adopt-a-Pet.com and instantly fell in love with him,” said Karlee Waldvogel to The Dodo.  Waldvogel is Riley’s new mom.  “It was his eyes that caught my attention and then his adorably dumb puppy face.”

She went to the shelter to adopt Riley and take him home, and at first was taken aback by the huge amount of energy he had.  He had zero training and never lived indoors before.  She knew this was going to be a challenge. 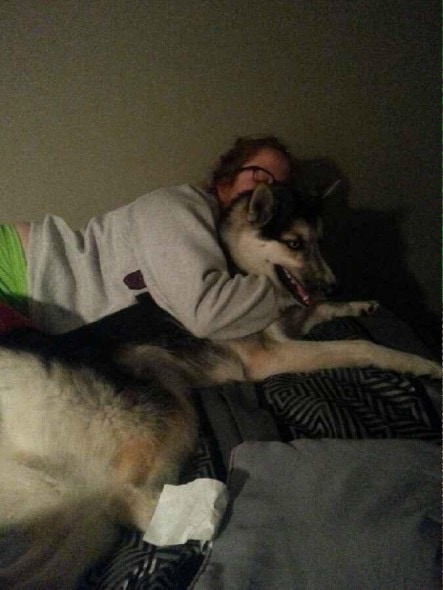 “I knew I was in for a long, hectic journey with him,” said Waldvogel.

As one would expect, things were difficult at first.  Riley had issues adjusting to his new home, had no clue how to interact with other dogs, and the whole living indoors and what is and isn’t acceptable for one to do thing was really hard for him. 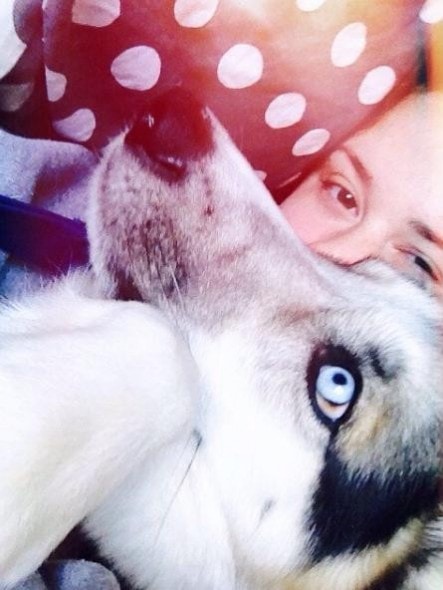 However, Waldvogel stuck with it, and worked very hard with him every day.  Eventually, he was really learning what it meant to be someone’s dog, and all of the really great things that can come with it.  He’s turned into a big, goofy dog that’s actually very well behaved, and is just overflowing with love.

As beneficial as everything that Waldvogel has been doing for Riley is, the entire time he’s been helping her out a lot as well.  She has generalized anxiety disorder, which at times can bring panic attacks on that are downright debilitating.  She says that Riley noticed these emotional changes in her almost instinctively, and it’s as if he knew how to be a friend before he was a dog. 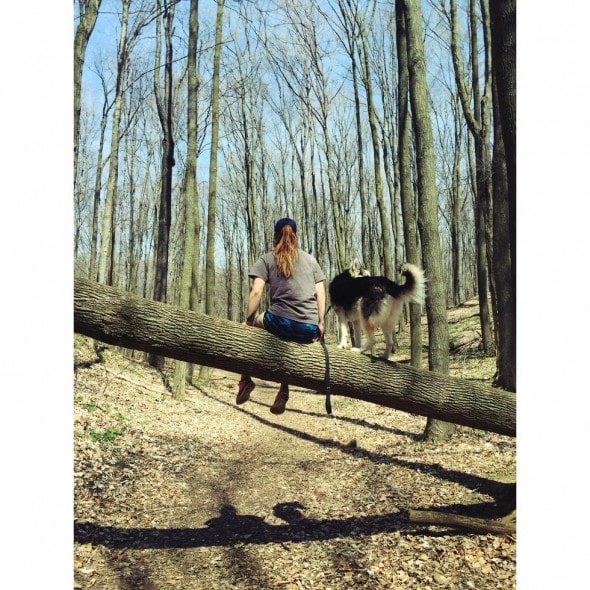 “From the start he was special because he instantly picked up on my anxiety attacks way in advance before me having them, so I am able to get somewhere comfortable or try to mitigate them,” said Waldvogel.  “He has helped and changed my life in so many ways by allowing me to be more confident and he pushes me to get out of my comfort zone.”