The Norma F. Pfriem Foundation has awarded a $1 million grant to the Fidelco Guide Dog Foundation, one of a series of multi-million-dollar grants designed to further Fidelco’s services for the blind. 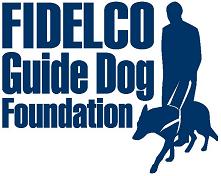 A number of critical Fidelco projects have been funded by the Norma F. Pfriem Foundation, including an Apprentice Trainer Program and the Successor Guide Dog Program.

Pfriem’s foundation has donated more than $7 million to Fidelco over the past 20 years according to Fidelco CEO Eliot D. Russman.

“This gift serves as a continuation of our joint effort to promote increased independence, mobility and safety amongst men and women who are blind by providing them with a Fidelco German Shepherd Guide Dog,” Russman said in a statement.

Russman said this most recent grant will be added to a permanent endowment established in 2006. Fidelco was founded by late Connecticut aerospace innovator Charles H. Kaman,  and has paired over 1,300 guide dogs with sight-impaired owners to date.