A dog named Wilbur, believed to have been chasing after a turkey vulture, miscalculated a jump and landed himself directly on one of a fence’s spikes.  Thankfully a fire department sprang into action and got him down as quickly as they could.  Wilbur’s injury was not severe, and he’s now recovering.  He’ll probably think again before chasing those ruddy birds again!

No one knows for sure, but Wilbur’s family believes he caught sight of one of the turkey vultures that has made its home in the barn behind their house. 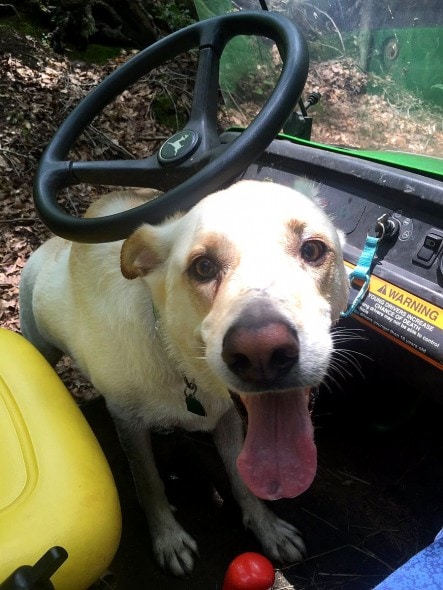 When he jumped the fence, he caught one of the spikes right through a meaty part of his rump.  He is very fortunate that no bones or organs were pierced.

“Wilbur was impaled on the fence right here and just kind of hanging, limply, but he was awake and wasn’t crying, wasn’t fussing, wasn’t real bloody. He was just stuck,” his mom, Mary Anne Dixon Hubbard, told Fox 46. 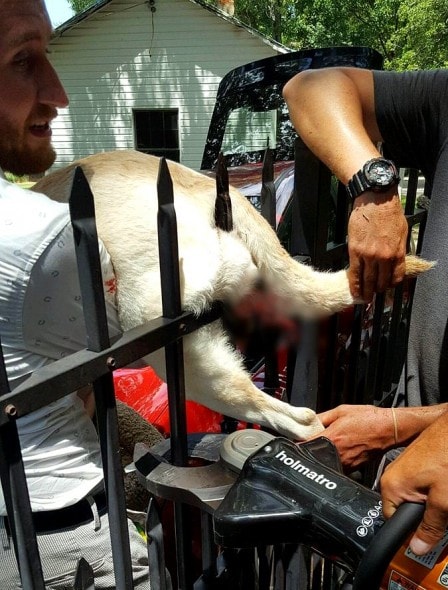 The New Hope Fire Department responded to the call and got right to work at cutting away a section of the fence to get the pup unstuck without causing further damage.  They used a metal-cutting tool that doesn’t cause vibrations so it wouldn’t spook him or cause him to further hurt himself.  Firefighters were surprised at how calm Wilbur stayed throughout his ordeal.

“Someone gave the dog water and the dog drank out of a water bowl.  It was a shock! It’s hanging from a fence on the front of a car and the dog’s like ‘ok, just whenever ya’ll get done, I just need to go into the hospital,’” said Assistant Fire Chief David Brumbaugh. 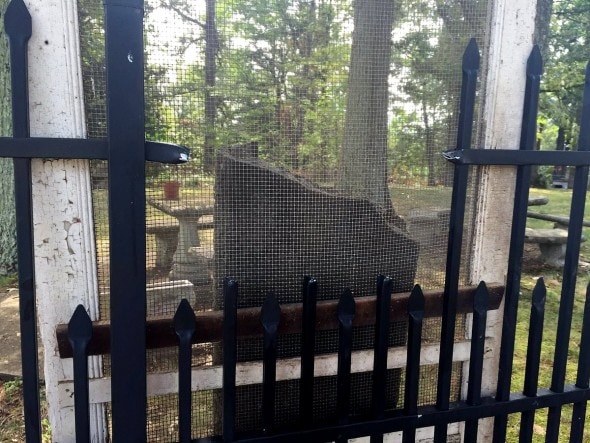 Wilbur’s healing up just fine now, and his mom says they’ll be getting rid of that fence so no other injuries like that happen again.

“My aunts put in this fence many years ago when they had a lot of dogs and I don’t think anybody has ever jumped or done this before but we now know this can happen so we are not going to have this fence.” 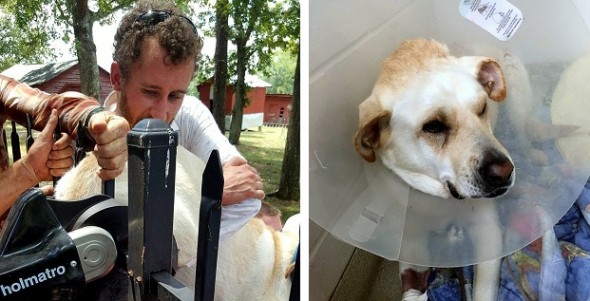