Firefighters Scramble to Rescue Dog Stuck on Cliff Side 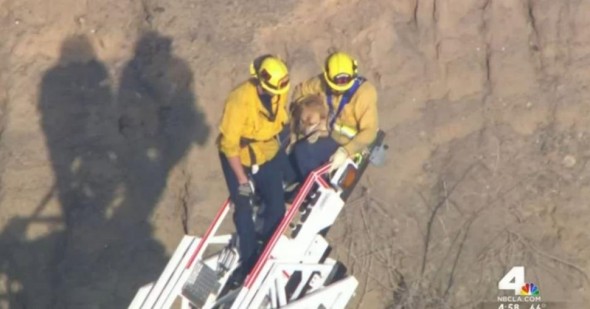 On a cliff side in California, firefighters performed an amazing recovery of a dog that got stuck on a ledge.  It’s believed that the dog was chasing a squirrel, and that’s how he managed to get stuck up there.

Smoky was simply doing what dogs do best.  Play time.  However, after focusing so much on his “prey”, he didn’t realize just how far he’d gone.  By the time he realized what was going on, it was far too late.  Smoky chased the squirrel straight into a fifty foot gap, and was stuck. 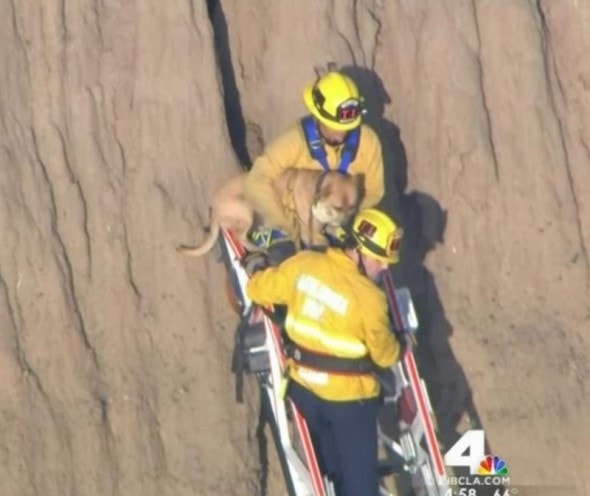 When the emergency crews showed up, Smoky was rescued by firefighters.  Using the specialized ladder on their truck, they were able to get right up to where Smoky was with relative ease.

Smoky was returned to his humans, and is doing just fine.  He wasn’t too badly injured from the fall, but got a checkup anyway.  Maybe, the next time Smoky decides give chase, he’ll pay more attention to his surroundings.