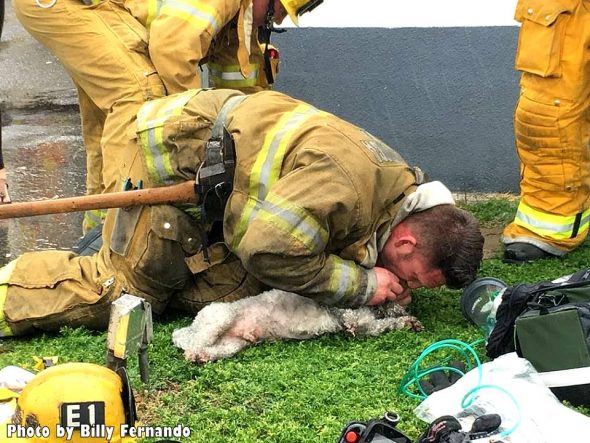 When a fire broke out and engulfed a Santa Monica apartment, a small dog quickly succumbed to the overwhelming heat and smoke.  He wasn’t breathing and had no pulse, and one fireman wasted no time administering CPR.  Within 20 minutes, the dog was breathing on his own and able to walk, thanks to the dedication of these heroes, chiefly firefighter Andrew Klein. 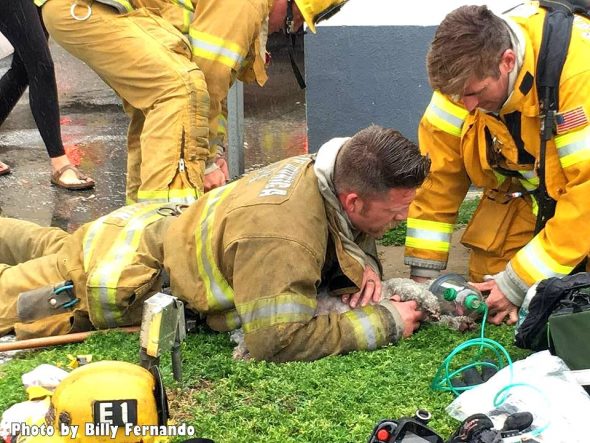 On Tuesday, March 21st at 4:05 pm, the Santa Monica Fire Department began receiving numerous calls about an apartment building fire.  A unit arrived minutes later and began battling the blaze, hacking a hole in the roof to allow superheated smoke and gas to escape.  They contained the fire to the kitchen and a spare room, which prevented the inferno from spreading to other apartments. 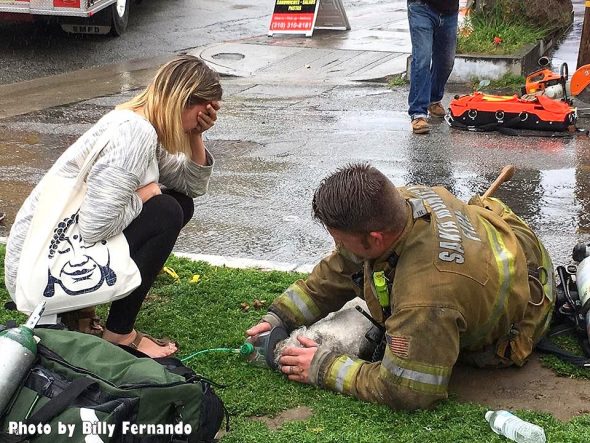 “During the fire fight, firefighters searching the interior for victims discovered an unresponsive dog that was overcome by heat and smoke,” the department state on their Facebook page.  “The dog was quickly pulled from the structure not breathing and without a pulse. Firefighters performed CPR and provided oxygen through our pet oxygen masks, a standard piece of equipment that all Santa Monica Fire Department units carry.” 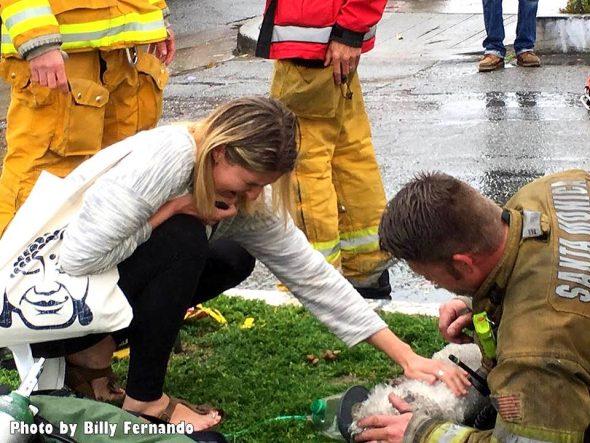 Meanwhile, a woman, presumably his mom, looked on anxiously for what must have felt like an eternity, not knowing if her boy would survive.  The outlook was grim, but the gallant Klein persisted. 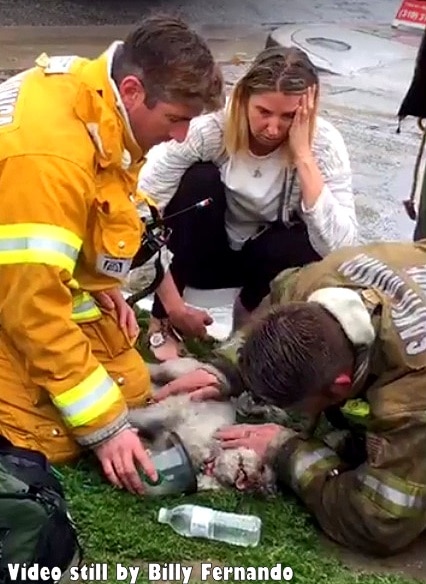 “Come on, buddy,” and “at-a-boy,” the firefighters said encouragingly, stroking and patting him as they administered the oxygen. 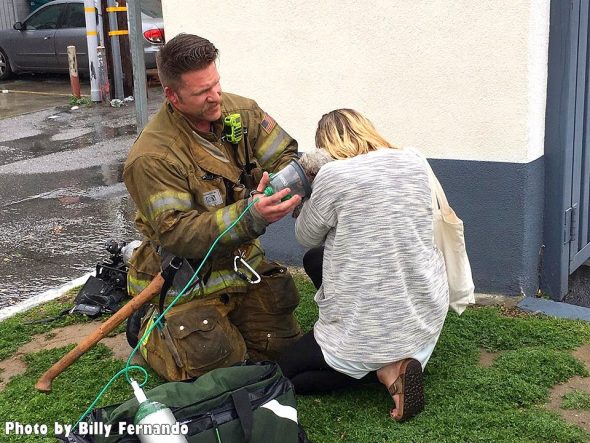 “After 20 minutes, the dog began breathing on its own and regained consciousness, even regaining the ability to walk around,” SMFD said.  “With the help of caring neighbors, a local animal hospital was found and the pet was transferred for further care.” 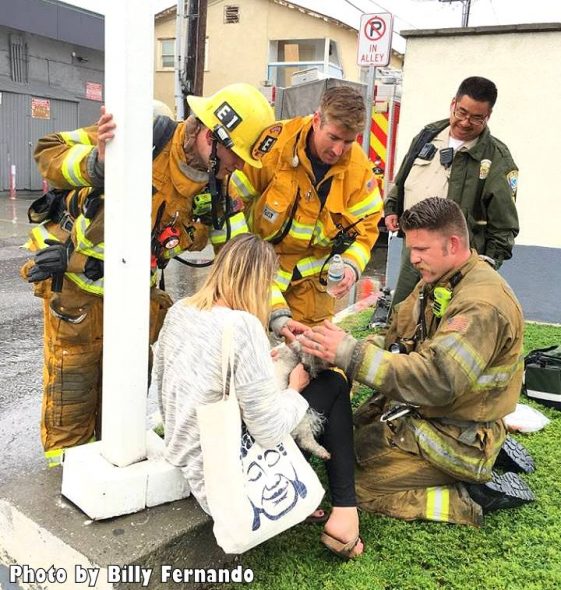 No other injuries occurred, and investigators are currently trying to ascertain the cause of the fire.  The apartment’s occupant is being assisted by Red Cross.

At the apartment fire on Santa Monica, a pet was trapped inside and suffocate her unconscious. This brave firemen named Andrew Klein from Santa Monica Fire Department went in for the rescue and gave the pet a CPR and took care of her back to life. Faith in humanity restored.