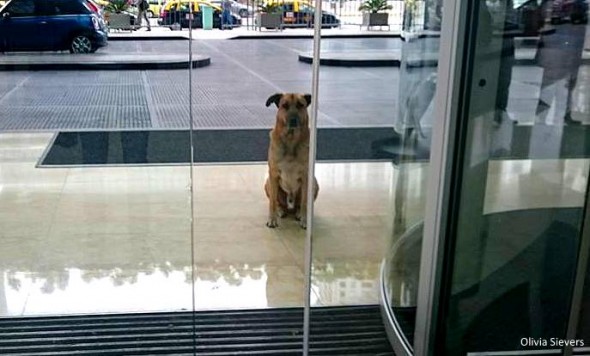 Olivia Sievers, a flight attendant from Germany, often travels to Argentina for work.  She came across a street dog outside of the hotel she was staying at one time, and gave him a little love.  He didn’t forget her, and when she arrived at the hotel during her next trip, he was there waiting for her.  She knew they were meant to be together, and before long she made arrangements to bring him home with her for good. 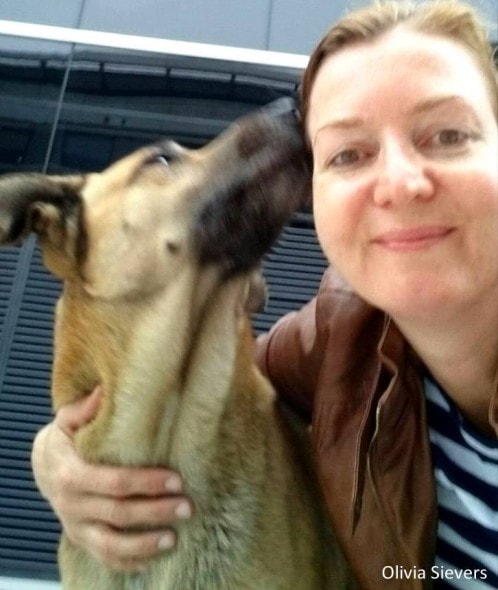 She came across the dog while walking around near her hotel in Buenos Aires.  Olivia gave him some food and played with him, but she had no idea that he had more in mind.

“I tried to change my way because I didn’t want [him to] follow me back to the hotel,” she told Noticiero Trece.  “But it was not possible. He always came back and followed me. I tried one hour, but he always watched me and followed me. He was really happy that somebody gave him attention.”

It seemed he had fallen in love, and made himself at home outside the entrance of the hotel.  So she called him Rubio, and put an airline blanket outside to him a little warmer at night.

When Olivia returned home, she didn’t believe she’d see Rubio again.  However, she was shocked to find him waiting right where she’d left him the next time she was in Buenos Aires. 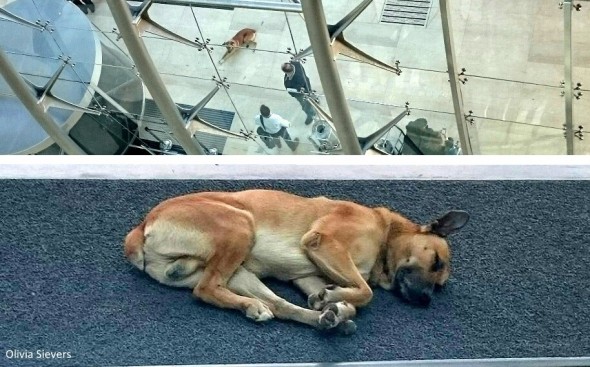 It would be creepy if a person was doing this, but with Rubio it was nothing less than charming.  In the months that followed, every time Olivia arrived at the hotel, her pining pup was waiting.

The hotel manager, Nick, informally took him in, but he needed a real home.  A rescue group had arranged for him to be adopted, but Rubio quickly escaped and made his way back to the hotel. 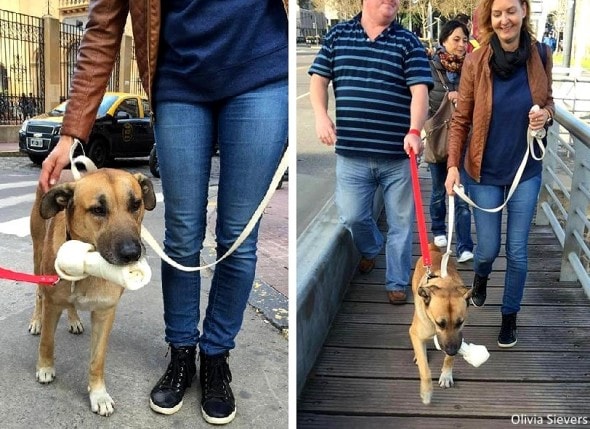 Olivia could no longer avoid her fate, and she made plans to take him home, filling out all the necessary paperwork and taking him to the vet.  Last week he was transported to Germany, where this time, Olivia was waiting for him. 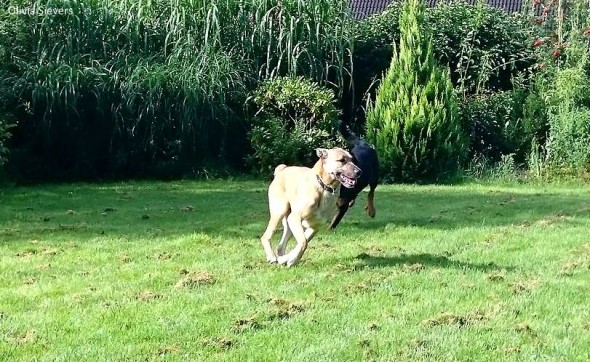 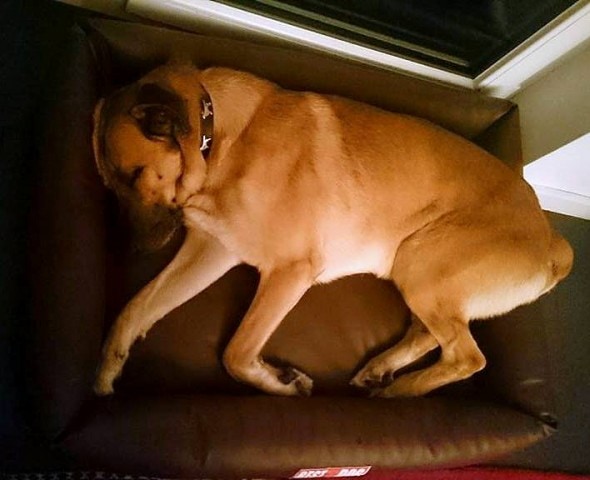