Jonathan Parris from Largo, Florida saw a Labrador trapped in a truck parked in a Target parking lot Sunday afternoon while shopping there.  It was around 80 degrees outside, which we all know as dog lovers makes the inside of the vehicle a deadly oven.  With little time to get the panicking dog out of the truck, Parris broke the window and got the dog out.

“There was a lab sitting in there, he was just sitting there,” said Parris.  “His mouth was open. Looked like he was panting hard.”

He didn’t exactly know how long the dog had been trapped in the truck, but he knew that given the heat outside, the inside was getting more and more dangerous for the dog.  After hearing from another shopper that the dog had been in there for well over an hour, Parris really began to worry about the dog’s safety.

Parris did call the police before he decided to break into someone’s truck.  However, after calling them and feeling like he was getting no help for the dog from them, he felt like he had little in the way of other options.

“She said it’s not high priority, and it could be 30 minutes to an hour,” said Parris.  “So, I mean, I took it into my own hands.  I was accepting the consequences of what was going to happen. But, I mean the dog’s life meant more than the trouble that would come with it.”

Parris grabbed a hammer, and broke the truck window in two shots. 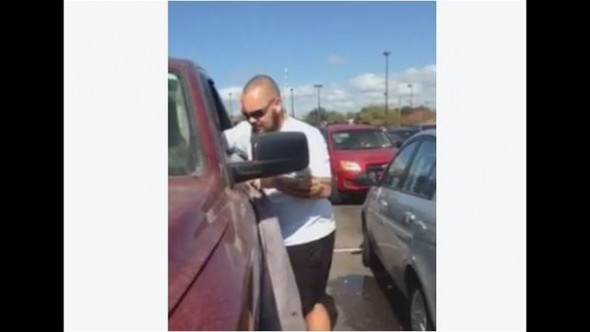 “Right when I opened the door, I touched his fur and he was so hot,” said Parris.  “I mean you can only imagine, we don’t have fur, so you put a fur coat on and all that, and then you get in the car and sit there for a few minutes and see how you feel.”

When the owner of the vehicle finally came out, Parris said it was almost as if the guy didn’t care about the dog at all.  He really seemed to be far more upset with the broken window.

“He was just upset about his window, that’s all he said. Sat over on the curb, called the police,” said Parris. “Then after he called the police, they hurried up and got there after they knew I broke the window. But, before that, who knows how long it would have taken.”

Parris sad that he gave the truck owner $50 to get the window fixed.  He considers it a very small price to have paid to save a dog’s life.

“I would do it again for any kind of animal, any kind of child, anything,” Parris added. “I wouldn’t even think twice about doing it again.” 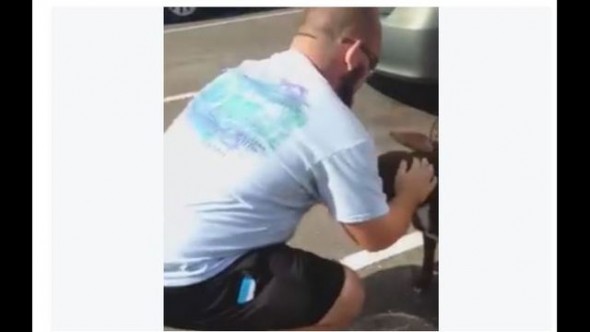