Seattle resident Scott Brown made a new friend this week while hiking near North Bend, WA.

The 40-year-old is affiliated with an organization called Recovery Beyond Paradigm, and helps people bouncing back from drug and alcohol addition train to hike as part of their recovery.

As his group was heading out on Monday, Brown told ABC News he saw a black dog near the trail entrance. He didn’t have too much concern, as there is a neighborhood right across the street. The pup followed them and Brown laughed.

And the dog took the lead on their snowy journey — all the way to Teneriffe Falls. Brown said the dog would stop and wait for them when they took photos, then move along when everyone was ready to go. 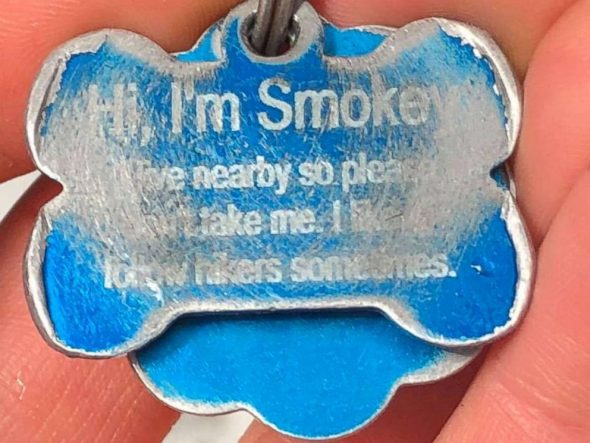 At the falls, Brown’s friend looked at the dog’s tags and found two surprising messages.

Hi, I’m Smokey. I live nearby, so please don’t take me. I like to follow hikers sometimes.

Don’t worry, I’ll go home when I’m tired. My people love me a lot. Thanks for being nice!

At first, Brown thought it was a joke and so read the tags himself.

“Coolest thing ever,” he said. 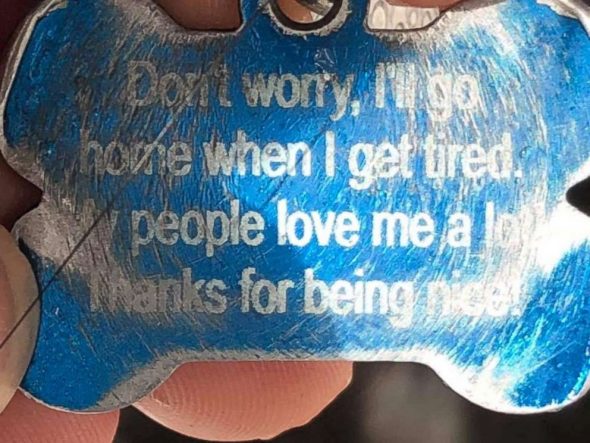 Smokey, Brown said, was very well behaved, barking only when Brown climbed on what could have been perceived as potentially sketchy terrain.

“He seemed very protective for someone he just met,” Brown said.

Smokey escorted the group all the way back and hung around while they changed out of their gear.

“He gave out a quick bark at us,” Brown said, “then continued on back home I assume.”