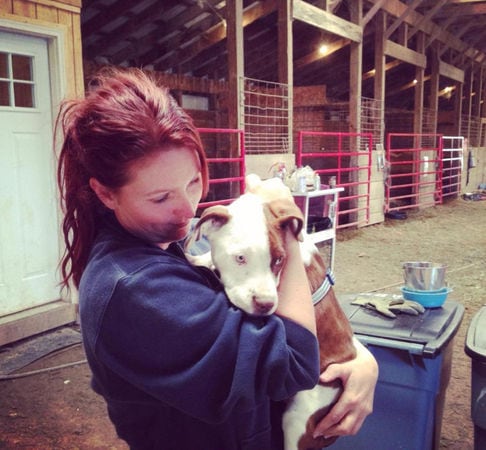 When Oscar was brought into Michigan’s Saginaw County Animal Control Shelter on the 8th of September, things didn’t exactly look good for him.  After being accused of biting someone, he was considered unadoptable and given the moniker Number 9238.

Oscar was rescued Sunday the 21st of September by Melissa Borden from The Devoted Barn.  The Devoted Barn is a rescue group out of the Monroe area, and specializes in getting feral dogs accustomed to human interaction and contact.

For almost the entire ride home, some 120 miles, Oscar cuddled up to Borden.  It seemed to take him no time at all to warm up to her. 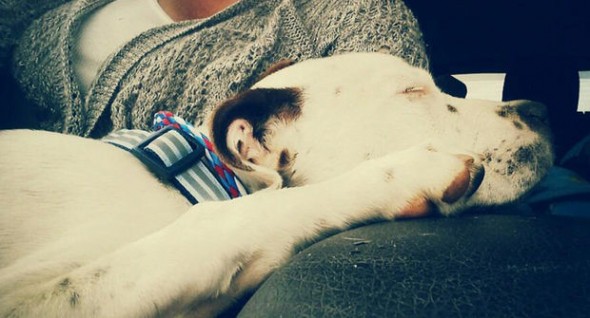 According to Interim Animal Control Director Elaine Thompson, if someone hadn’t stepped up and took responsibility for him, Oscar may have been euthanized.

“It needed socialization,” said Thompson.  “It needed human contact to learn how to be social; not cringe at people.”

It is the strict policy of the county not to adopt out any dogs known to have bitten people.  However, County Controller Robert Bellman said he knew that Oscar’s situation was different.

Animal control officers recovered Oscar using a live trap.  According to Thompson, the family of feral dogs Oscar belonged to was being fed by employees of a local business.  When one of the employees went to let Oscar out of the trap, he was nipped on the arm.

For most dogs, this would signal the end.  This is where the story changes for Oscar, thanks to his story being posted on social media outlets across the internet.  Animal control started to field calls from all over the world in Oscar’s defense.

Thanks to the massive, worldwide outcry of love and support, Oscar is being rehabilitated at The Devoted Barn.  Learning to socialize with humans hasn’t been the easiest task, but a worth wile one.

The effort to get him family ready is underway, and Oscar is on his way to being the consummate family dog. 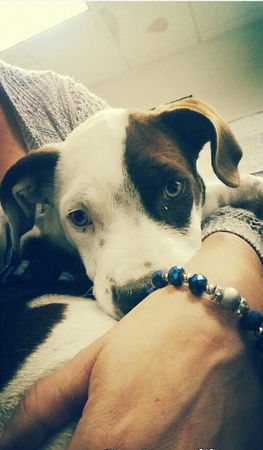