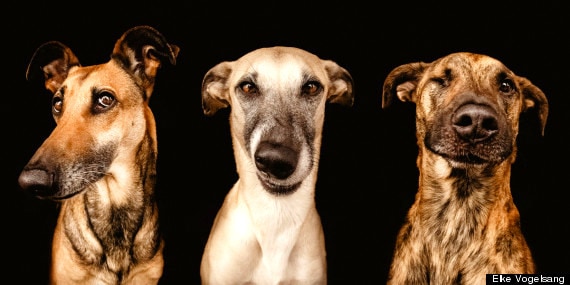 When German photographer Elke Vogelsang clicks a camera, magic happens.  That’s because her favorite subject is her three rescued dogs, who make for some extraordinarily talented and funny models for her photo series, Nice Nosing You.

A few months ago, Vogelsang purchased a compact camera, and was inspired to take goofy photos of her dogs, Ioli, Noodles, and Scout. 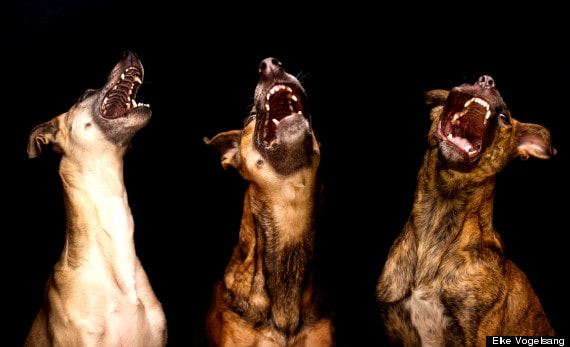 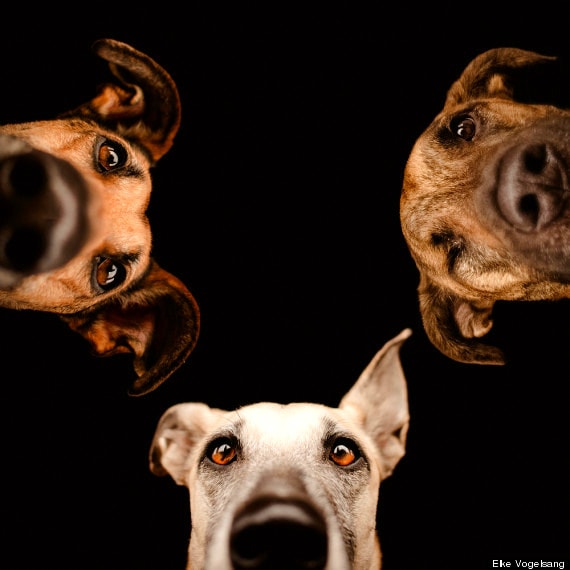 “Since I spend a large part of my spare time with my dogs, it’s only natural for me to take pictures of them,” she said.

She had each of them pose in front of a dark garden shed while she lay on the ground to get as close up as possible. 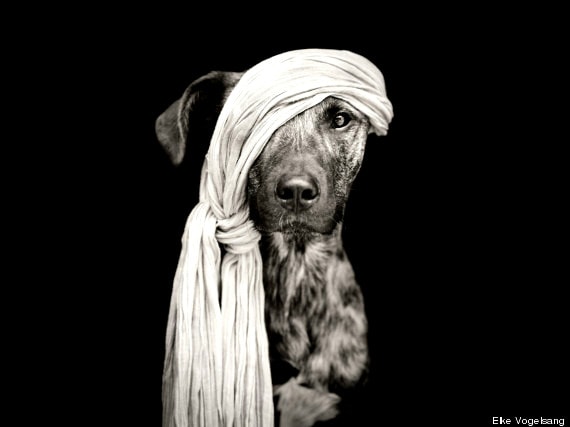 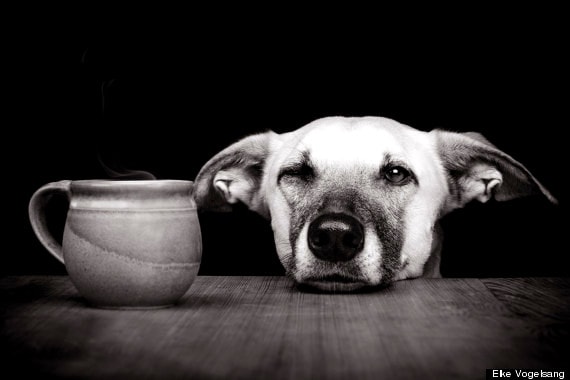 “During a photo session with a dog, you’ll hardly ever see me standing,” the photographer said.

She wanted to capture very natural, whimsical expressions, and focus on their slender snouts.  There are many shots of the dogs licking toward the camera, which Vogelsang explains is the result of a treat-filled session. 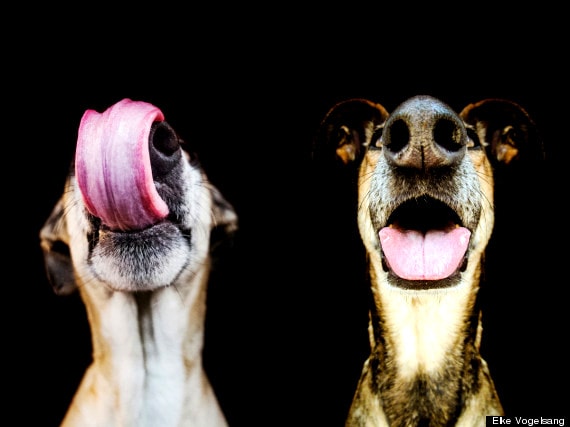 “The secret is liverwurst,” she said. “The dog gets a biscuit, then I get really close with my camera and snap away.” 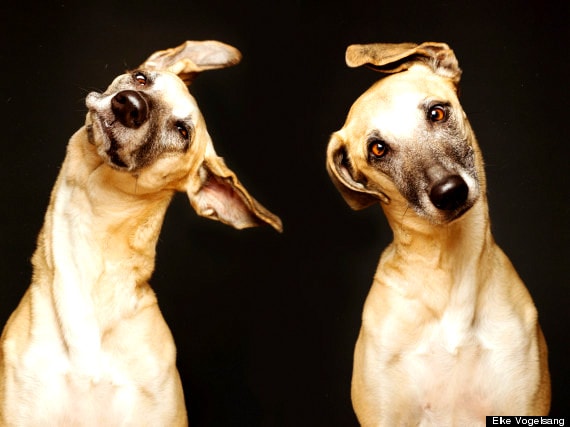 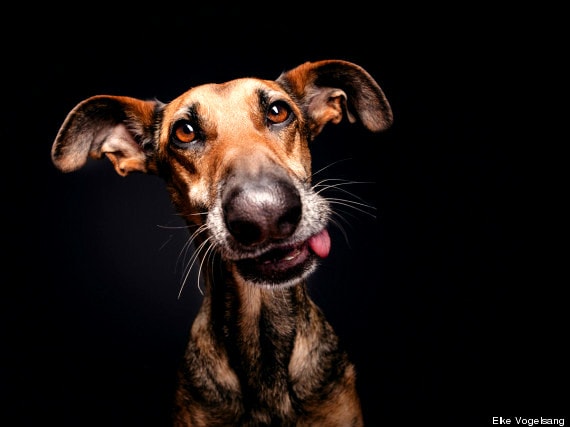 She is hoping to create a book of the series, and is working on similar projects with other animals.

“I already got pictures of horses and am working on cats,” she said. “I won’t try this with tigers or crocodiles though.” 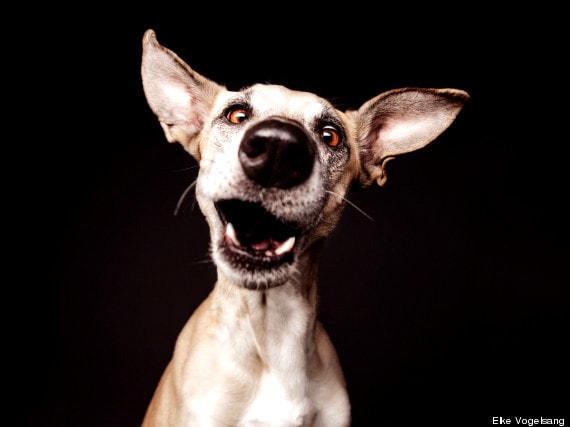 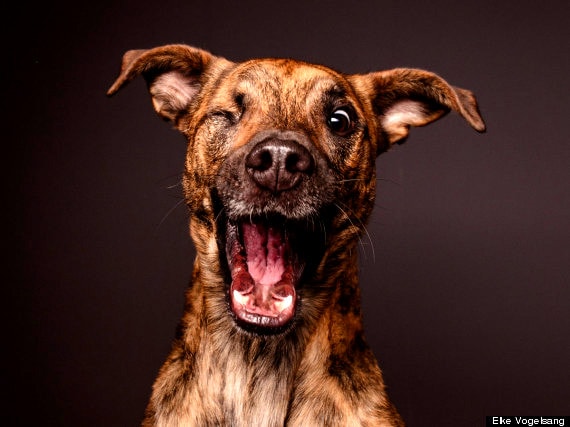