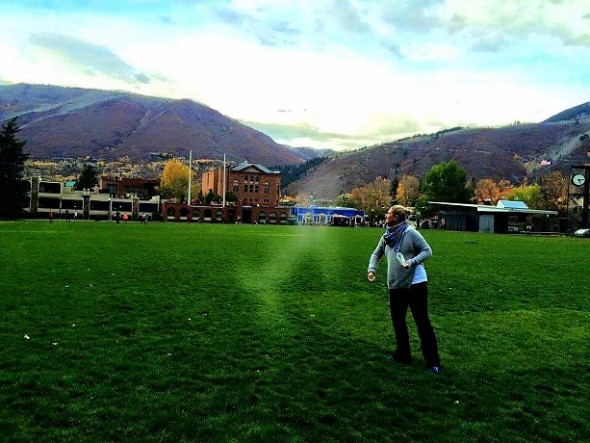 This could be a Photoshop hoax, or maybe just a strange glitch, but the spectral image of a dog appeared in a photo taken of a woman who was spreading her dog’s ashes in one of their favorite “haunts.”

Ashley Lang of Chicago recently said goodbye to her cherished golden retriever Wagner, who died at age 12.  One of their favorite dog parks is in Colorado, so Ashley made the trip to spread his ashes there.

Funnily enough, the park’s name is also Wagner.  (But maybe that’s part of the reason why they liked it so much.)

A friend took a picture of Ashley during her ceremony, but the photo seems to capture so much more.

“It’s pretty remarkable… the tail and the legs and he looks like he’s, you know, leaping to go up,” Ashley told CBS Chicago.  “Everyone keeps calling him the angel dog.”

She believes that this is Wagner’s way of saying goodbye.  Others, however, aren’t convinced.

“No one else is questioning that despite general darkness and shadows, the grass and building in the background are lighter? I think this is a bad photoshop job,” one commenter said.

What do you think?