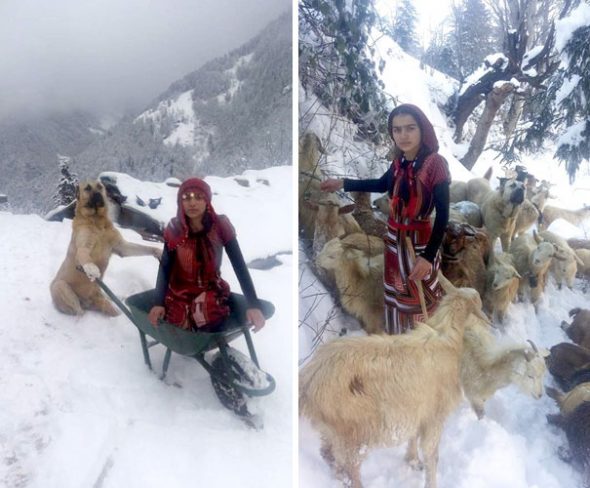 Heroes don’t always have to have amazing technology or superhuman powers.  In fact, a young girl called Hamdu Sena Bilgin and her dog Tomi proved that fact when they rescued a trapped baby goat stuck on a mountainside in Turkey.  Both are loyal goatherds and protector of all of the animals on their farm, so to them, it was just the natural thing to do.

The two were walking a herd of goats on a snow-covered mountainside not far from their home.  They came across a mother goat with her baby, and it was pretty clear that they were in distress.  Hamdu Sena and Tomi were worried that they weren’t going to be able to make it home for where they were stuck, so they decided to help. 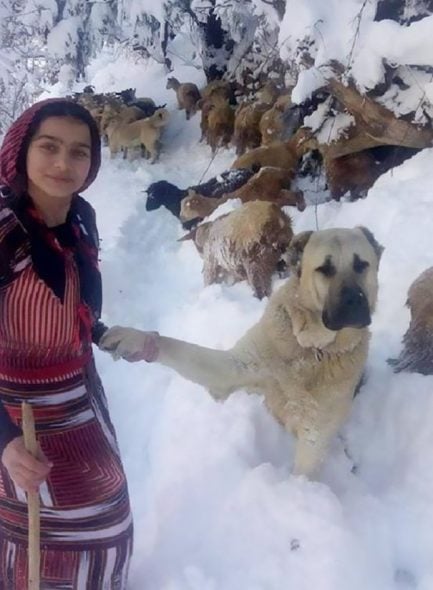 “After the goat gave birth, I led the rest of the herd back to the farm.  Then I grabbed two backpacks from the house and went back to the goat and her baby with Tomi,” said Hamdu Sena in an interview with The Dodo.

When she and Tomi got back to where they found the pair, they first secured the mom in the larger bag, and got the baby all snuggly tucked into the smaller one.  After everyone was safe and secure, they made their way back down the mountainside and onto the family farm. 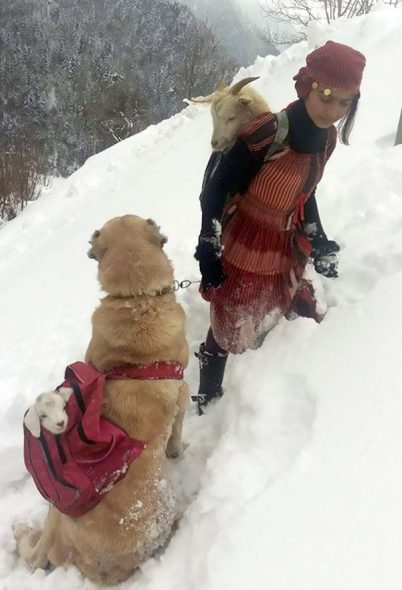 “The snow was so thick, I was exhausted. But it was so worth it,” said Hamdu Sena.

Hamdu Sena’s 15-year-old brother took the awesome photos and shared them with us! 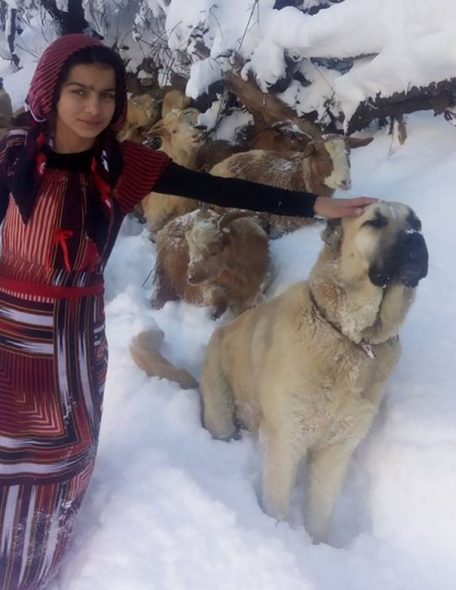