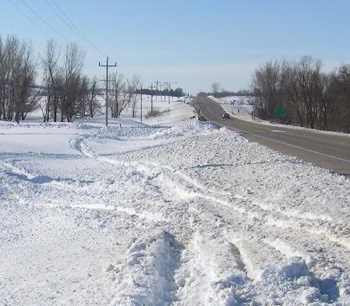 Lansing, MI. — Capital Area Humane Society workers say they can’t believe their eyes. A dog bound with duct tape was thrown in a ditch and left to die in freezing temperatures. Thanks to a Good Samaritan, the dog survived.

The humane society says it got the call Wednesday afternoon. The dog’s legs were taped together, her muzzle was bound shut and she showed signs of severe beatings. The (anonymous) Good Samaritan had to physically pry the dog from the ground because she was frozen to it.

Julia Palmer, Capital Area Humane Society CEO: “She was in shock and she obviously needed care. So for us, I think we do this enough to respond first to her physical needs, but I think it really affects us. You walk away from a situation like this with a lot of questions unanswered. It’s unimaginable, it’s truly unimaginable.”

The dog appears to be a pit bull or boxer mix of around 2 years, and is currently being treated for severe head trauma. The humane society and Ingham County Animal Control have opened a cruelty investigation.

*Update:   Lansing, MI–Animal control officers investigating the beating of a dog found hog-tied and left for dead in a frozen lot in Lansing say they have some promising leads in the animal-cruelty case. Ingham County Animal Control Director Jamie McAloon Lampman tells the Lansing State Journal the agency is now hopeful about solving the case.

An unemployed man found the injured dog Wednesday while walking his own dog. But Ernie Moss isn’t jobless any more. He’s been hired part-time by the owner of a home-remodeling company who read about the case.