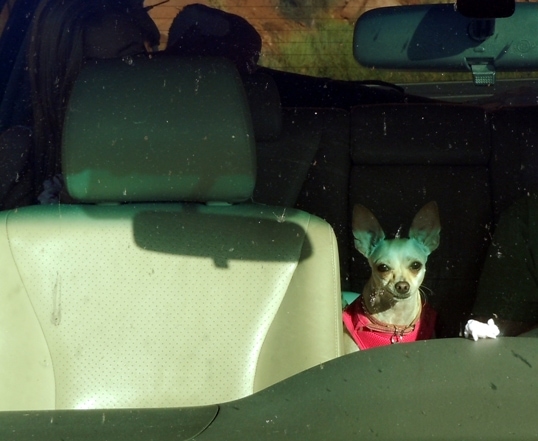 Last Saturday, a Walmart shopper came to the aid of a dog trapped in a hot car when he broke a window of the vehicle to free it.

Just before 5 p.m. June 30, the Palm Springs, California Walmart announced on the public pager system that a dog was left in a parked van. Michael Olah, who was inside the store as outside temperatures reached 105 degrees, was infuriated when he heard the dog had been left unattended in the heat.

“I grumbled under my breath a bit because it’s damn hot outside and has to be roasting inside that van,” the Palm Springs man said.

Olah and a group of shoppers surrounded the vehicle. After observing the dog’s behavior, Olah said he was concerned that it would perish, so he used a tool to smash the van’s window – and freed the trapped Chihuahua.

Palm Springs Police Sgt. Mike Kovaleff said the incident serves as a reminder that pet owners need to leave their dogs at home in the heat, adding that in just 10 minutes, temperature inside a vehicle can rise 20 degrees from outside temperatures.

The Chihuahua’s owners were not cited – they told police the dog had snuck into the van without their knowledge, and they said they were not upset about the incident since it may have saved their dog’s life.