A man from Wilmington, Delaware is a hero today, to at least one dog and possibly others. It has been reported that the man broke up an active dog fight and rescued one of the dogs involved.  The investigation is still underway, but the man’s heroic action really saved the day.

The man tells law enforcement that he happened upon a dog fight in process.  There were two dogs actively fighting while surrounded by a group of people watching.  The good Samaritan approached the group watching the fight, and they grabbed the “winning” dog and took off, leaving the other dog in very bad shape. 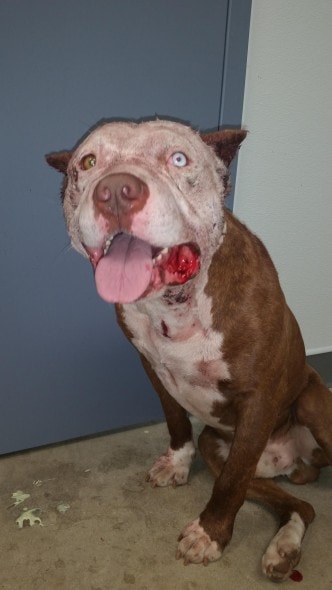 Instead of chasing after the horrible humans fleeing the scene, he stayed to help the injured dog.  He called the police and the Brandywine Valley SPCA, and stayed with the injured dog until help arrived.

Once the dog was brought into the animal shelter, he was treated for some severe puncture wounds picked up in the fight.  The dog’s head, face and neck were thrashed in the incident.  However, medical staff at the shelter say the dog, now called Clancy, just might make a full PHYSICAL recovery.  The mental scars and emotional trauma that Clancy suffered are another thing entirely, and only time will tell.

“He has a long way to go,” said Adam Lamb, CEO of BVSPCA.   “The wounds will heal with medical treatment, but his scars, both physical and emotional, will be ongoing.” 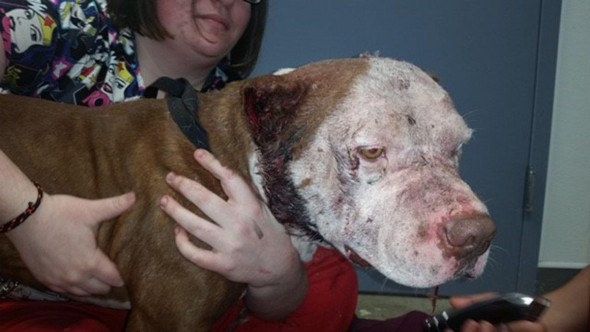 The Brandywine SPCA is asking the public for help in locating and stopping the humans involved in this barbarous practice.  If anyone in the local or surrounding areas knows of this specific dog fighting ring, or any other animal abuse that is ongoing, they are urged to call the Delaware Office of Animal Welfare’s Animal Cruelty Hotline at 302-255-4646.