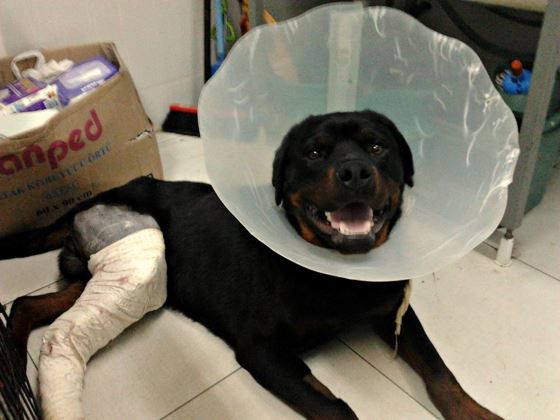 Roko is a one-and-a-half-year-old Rottweiler who was rescued by a couple of good Samaritans off the side of a road in Macedonia.  When he was found, he was in dire need of medical attention.  He was exhausted, badly dehydrated and malnourished, and it is suspected he was hit by a car at some point.  The poor guy’s leg has a very bad infection which seems to be getting worse despite treatment, and it may have to be amputated. 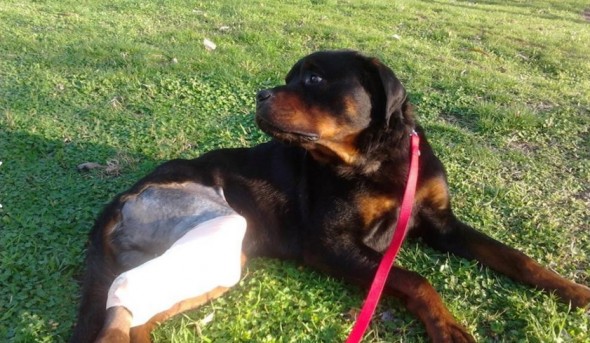 Thanks to someone called Kristina who was one of Roko’s rescuers, he is getting the medical treatment he needs, however the injury to the leg is still festering, and need further, more advanced treatment.  If he can’t get the treatment, he will have to have the leg removed.  The cost of the treatment that he needs is very high, and his rescuers are asking for help in getting him through this very tough time in his life.  Please, if you can, consider donating to this worthy cause. 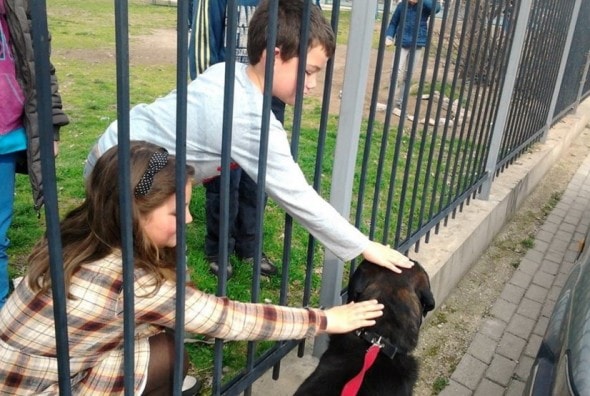 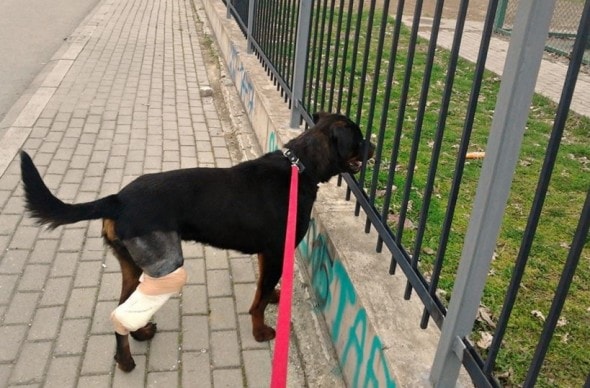 This is ROKO, a male Rottweiler 1.5 years old.   He was found abandoned and alone on the street in a very critical health state.  Kristina found him lying, helpless in the grass, with opened fracture on the shin of the right back leg, and he was probably hit by a car.  He was lying exhausted, dehydrated and ravenous, but that wasn’t the first bad thing that happened to him.  We saw that his ears were gashed and nipped off, and behind them were overgrown wounds (probably because of dog fights).  We don’t know if this happened because of human cruelty or fighting for his survival on the streets.  We know that Roko suffered a lot wandering alone on the streets.  Roko gathered his last strength to get in the car with big efforts, so we took him immediately to the vet.  There we saw that the wound in the fractured area, and it is very ulcerous.  Unfortunately, that caused a big infection.  A surgery was necessary, but first we started with antibiotic therapy to calm down the infection and the pus area.  The vet was constantly making surgery dressings and bandaging Roko’s leg in order to make it easier for him to lay down and not to have too much pain until the surgery. 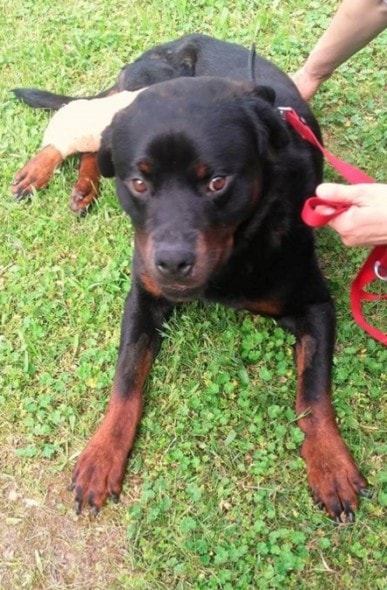