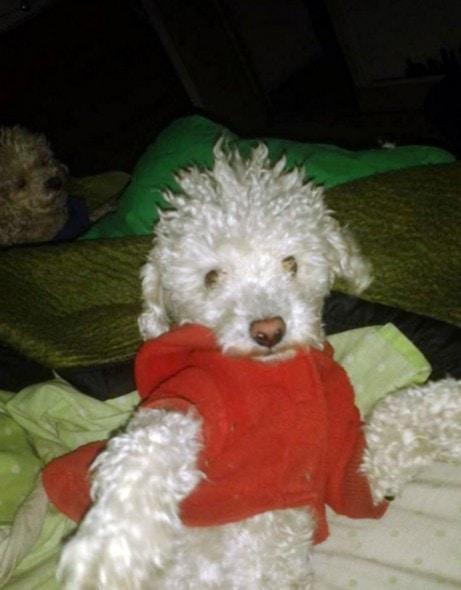 A dog that had been stolen from Pope Francis’ grandniece, Romina Ayelen Bergoglio, has been found and the two have a happy reunion.  The robbers made off with her dog, some cash and a few other valuables when her apartment in  the western  Argentine city of Mendoza.

She said that she had gone out for a while, and upon returning home, she noticed that the place had been torn apart. Someone had broken in, and was clearly looking for anything of value.  She took stock of what had been taken, and that’s when she noticed her dog, Phill, was nowhere to be seen.

Bergoglio then made a public appeal for help in finding her canine best friend.  She posted the following on her Facebook page:  “Reward offered!  Robbers entered my house and robbed my dog.  He is small, white, and fluffy, with a blue collar and responds to the name Phill.  Some men took him in a silver grey Golf license plate number EPP 100. I have to find my dog, I don’t care how.  Phill is what matters most to me.  He is worth more than everything else I have.  I want to die.” 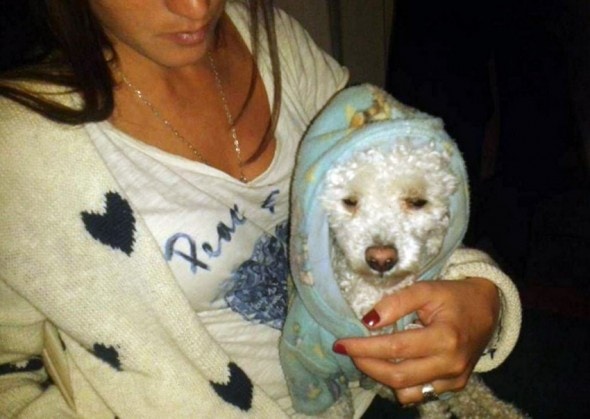 A witness managed to catch the license plate of a vehicle that was suspicious.  As it was speeding away, they caught it, and wrote down the information.

Not long after the Facebook post pleading for help in finding Phill, someone reported seeing him.  His location was given to Bergoglio, whom immediately took off to that location in the hopes that Phill would still be there.

As luck would have it, Phill was where he was reported to be.  She was overcome with joy to have her Phill back, and in good health.  Phill may have been a dog-napping victim, but at least he didn’t suffer any physical abuse.  While this is a happy reunion for the pair, the criminals responsible for the robbery are still at large. 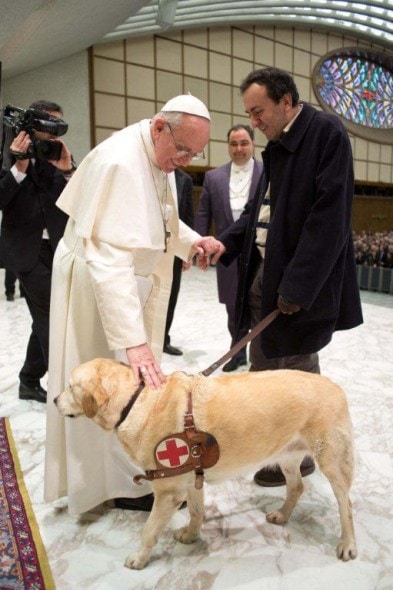