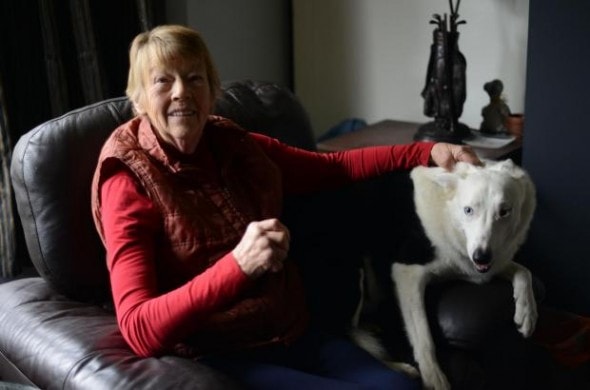 When great grandmother Jean Walsh’s home was broken into, one would have thought her dog would be a big help.  However, the dog decided to be friendly with the intruder and give kisses, which left Walsh to try to take care of the problem herself.

Tallen Kirby broke into Walsh’s home, and was creeping around when she noticed someone was in her house.  She sent her dog Marley to investigate, but Marley decided that being friendly was what was in order.  She gave kisses to the intruder, and came back to Walsh, tail wagging.

That’s when Walsh knew she’d have to do something about this herself.  She went after Kirby herself.  She pinned Kirby to a wall, then forced him into a room where she locked him in until the police arrived.

Walsh has been commended for her bravery.  Not many people would have decided to take an intruder on like that.  The judge also put Kirby behind bars for the next 15 months for his efforts.

“Really I was just acting on adrenaline,” said Walsh.  “Later that night as I got into bed, I laughed to myself and was quite shocked with what I had done.  But in that moment I just did what I had to do – I wanted him out of my house!”