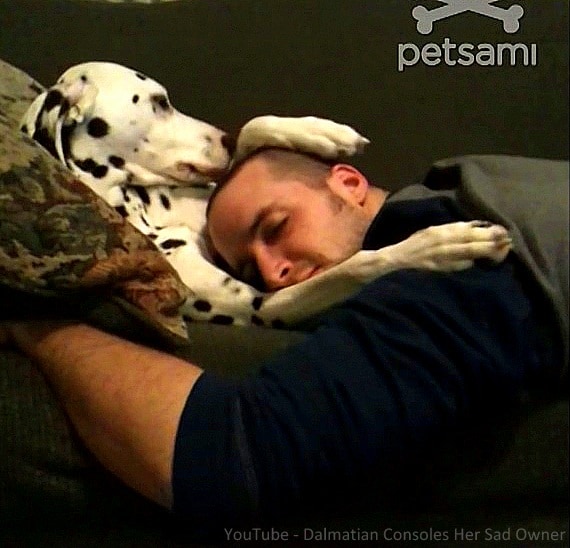 As dog lovers, we all already know how emotionally perceptive our dogs are.  Their happiness is amplified by ours, and they are always ready to lick our tears away.  But now there is science to demonstrate that dogs are the only other animal known to be able to recognize human emotions.

Dogs have been humans’ companions for over 10,000 years, so they’ve had plenty of time to get to know us.  Researchers have shown that dogs are able to distinguish emotions in people by using multiple senses.

Psychologists and animal behavior experts at the universities of Lincoln and Sao Paolo teamed up to see how well dogs could understand emotions and how they are displayed.  Veterinary professor Daniel Mills had 17 dogs sit in front of a screen and see images of another dog.  One image showed the dog looking happy, the other angry.

A tape was also played of a dog barking, and which face the subjects looked at was noted.  During excited barking, the dogs spent more time looking at the happy image.  When they heard growling, the dogs tuned in on the angry face.

By using both vision and hearing, the dogs were able to assess the emotional state of the dog in front of them.  A similar test was performed by showing the dogs photos of a happy/angry person, and the results were the same.

“It has been a long-standing debate whether dogs can recognize human emotions. Many dog owners report anecdotally that their pets seem highly sensitive to the moods of human family members,” Professor Mills said.

“However, there is an important difference between learning to respond appropriately to an angry voice, and recognizing a range of very different cues that go together to indicate emotional arousal in another.

“Our findings are the first to show that dogs truly recognize emotions in humans and other dogs.” 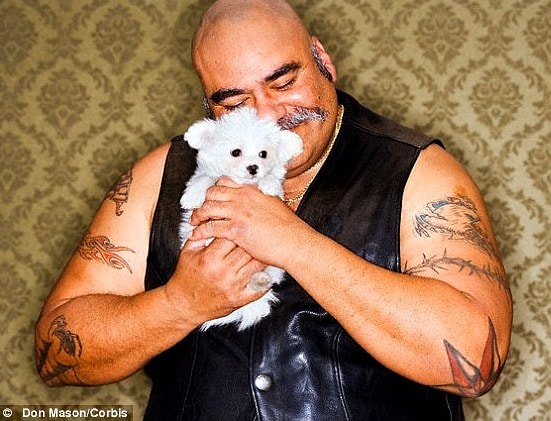 Because none of the dogs were trained to determine the moods of the individuals they were seeing on screen, this study suggests that their ability to combine such cues is inborn.

“Previous studies have indicated that dogs can differentiate between human emotions from cues such as facial expressions, but this is not the same as emotional recognition,” explained psychologist Kun Guo.

“Our study shows that dogs have the ability to integrate two different sources of sensory information into a coherent perception of emotion in both humans and dogs.

“To do so requires a system of internal categorization of emotional states.

“This cognitive ability has until now only been evidenced in primates and the capacity to do this across species only seen in humans.”

Emotional contagion, a basic building block of empathy, is when an individual spontaneously shares an emotion with another.  Another recent study just proved that this exists in dogs, causing them – like humans and other primates – to mimic one another’s facial expressions.

“If you live in a group and you share with companions many interests and goals, you must understand his or her emotional state, and the only way to do that is to ‘read’ his or her behavior and facial and body expressions,” said lead author Elisabetta Palagi.

Some oblivious humans could learn a lesson from dogs. 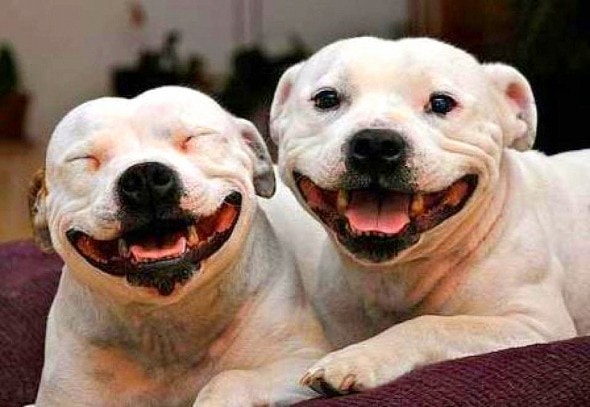