Gisele Paris, the Pittsburgh woman who stole her terminally ill neighbor’s dog and had him euthanized while his owner was battling cancer, has been found guilty on a number of charges, including theft by unlawful taking, receiving stolen property, and cruelty to animals.  She faces up to 10 years in prison.

Paris was accused of stealing the Siberian husky, named Thor, from Mark Boehler’s yard on Thanksgiving day last year.  Boehler, battling stage 3 esophageal cancer, had already made plans for a friend to take Thor after his demise.  This friend even paid for Thor to have a tumor removed in June of 2013.  She was meant to bring him home a few days after Thanksgiving, but that day Boehler found the fence had been cut and Thor was gone.

Paris brought Thor to Penn Animal Hospital in January.  When staff recognized the missing husky, and questioned the woman, she fled with Thor in tow.  She had a veterinarian come to her home to have the dog put down, claiming he was ill and neglected.  Why a veterinarian would euthanize the dog based on her claim alone is astounding.

A different veterinarian testified in court that Thor was healthy.

Boehler publicly pleaded for Thor’s safe return.  When he learned that his dog had been euthanized, he was heartbroken.  Though it will never bring his boy back, Boehler is at least satisfied that there will be justice. 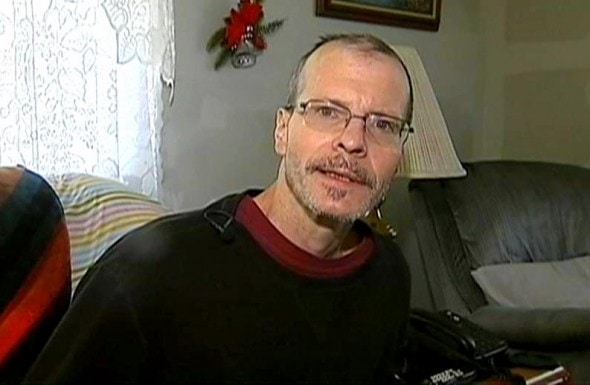 “I was thrilled to death she got convicted,” he said. “If somebody did that to her dog, she would be crying like a baby. She knew what she did. She took that dog.”

“The jury got it right. I have spoken to Mark Boehler throughout this whole ordeal. Every time we talked, he cried,” she said.

Paris is currently out on bond under house arrest until she goes to trial for resisting arrest and assaulting the arresting officer for the Thor incident.  She is due back in court next month.

“I hope she does time for it so she can sit in jail and think about what she did,” Boehler said.

He believes she buried Thor’s cremains in her garden, and would like her to return them.