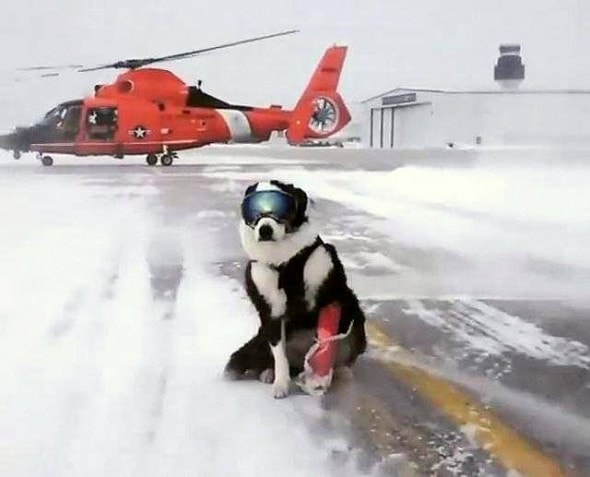 Piper is a service dog, but not in your typical definition of the word.  Piper handles wildlife management at Traverse City Capital Airport in Michigan with his human, Brian Edwards.  He’s responsible for making sure that the many birds that land in the runways at the airport aren’t at risk of death or injury, and also making sure the arriving and departing flights can do their thing safely as well.

Piper and Edwards start each day at 4am.  Not that long ago, Edwards was signing into his work computer, and got a message from the website for the airport, stating that they were experiencing network issues.  As far as what could be causing the problem, Edwards had no idea what was going on.

“I got an email from our hosting service that our website was experiencing network problems.  Why would we have that trouble at 4 a.m.?” said Edwards. 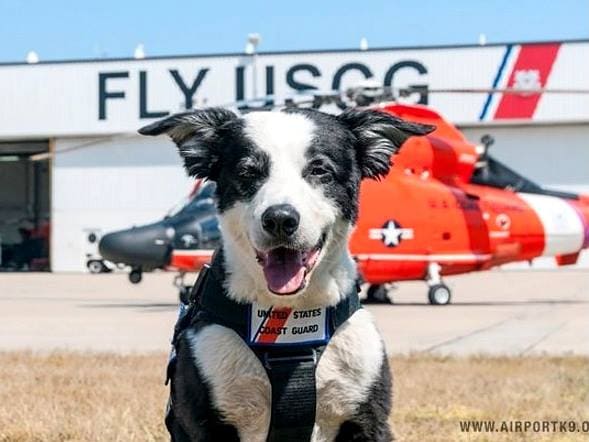 He decided to look into things for himself, and it didn’t take long to discover what the issue was.  After news of Piper hit the internet, the popular website Reddit had Piper listed and the number one topic!

“I did some investigating and found Reddit and bam, there Piper was at No. 1 on the first page.”

Edwards said that he isn’t a regular Reddit user, but once Piper’s story got posted there, things just blew up.  Edwards had made both a Facebook page and an Instagram page, along with a YouTube channel showing that service dogs are capable of many different things, and not just helping the disabled get around.  So many people liked and shared the pages, and by the time it hit Reddit, it was unstoppable.

“When you hear ‘working dog’ you think police, military, but a dog running around with planes and helicopters is pretty unique — but he’s not the only one,” said Edwards. 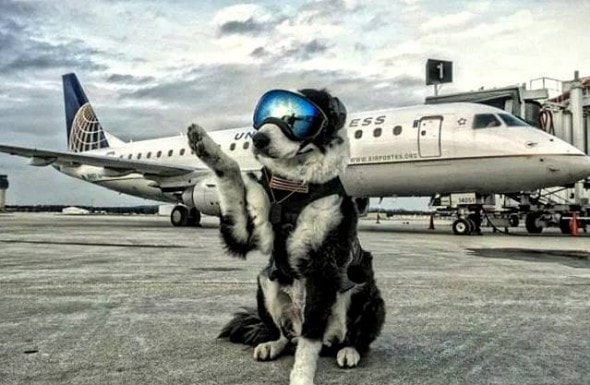 In fact, Edwards got the idea after seeing something about an airport wildlife management dog in 1999.  At the time, the Fort Meyers airport was suing dogs to herd other animals away from danger.  The training for any service, or working dog if you prefer, is quite costly, but Edwards knew that Piper would be just the dog for the job.  Airport Director Kevin Klein loved the idea when it presented to him, and is very happy to have Piper on staff.

“Brian brought to us an inexpensive way to have a dog at the airport and be effective with the wildlife,” said Klein in an interview.  “I said, ‘well what can the dog do for us’ and Brian showed us Piper’s skills and I thought that Piper had lots of talent.”

Piper has been with Edwards since he was two years old.  Edwards says that he wasn’t exactly a “dog person” when he was growing up.  However, working with Piper and having him as a member of the family has changed a lot of that for him.

“He lives with me, he works with me.  We do everything together as much as we possibly can.  There’s no greater satisfaction for me.  It’s so rewarding and fulfilling to watch him go out and patrol and see him do what does.  I get to work with my best friend every day, how cool is that!?”