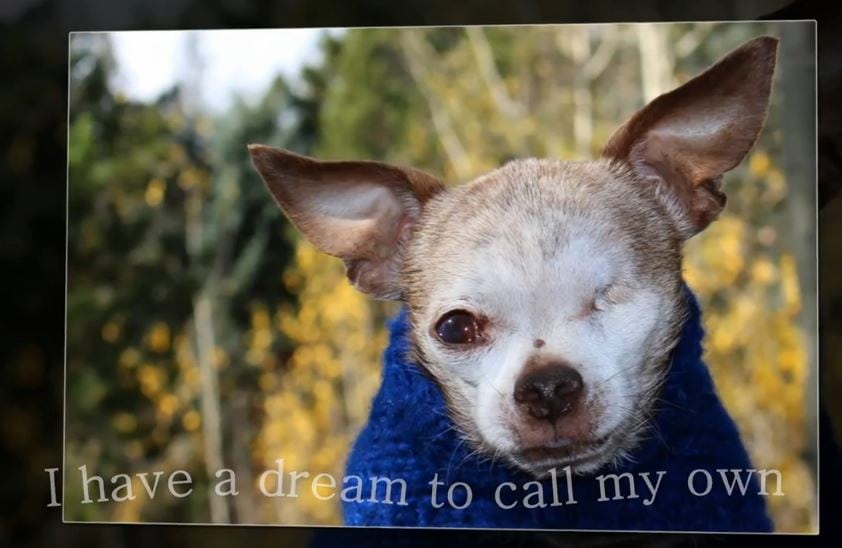 “Once upon a time there was a very small puppy mill dog with a really big dream. And then his dream came true. His name is Harley. Learn about Harley and about the wonderful work of National Mill Dog Rescue.”

-intro to A dream to Call My Own

You may have heard of Harley already; he is a well-known spokesdog for the movement to expose the neglect and cruelties of puppy mills and set their little prisoners free. Harley is often seen in support of National Mill Dog Rescue and its good works.

Harley is also a puppy mill survivor, and for years he had no dreams of the simple elements of a good life, whether for himself or others. In his bio at the About section of his Facebook page, Harley is given a voice, with the story told as though in his own words, saying: “I was born in a horrible puppy mill. I started out a cute little brindle colored Chihuahua pup, but in a very short time I was pretty grungy, I suppose I looked the color of dirt. I had my own wire cage to live it, it was small, the wire floor made my feet hurt, but I got used to it. I didn’t wish for a bed, a toy, a bone or even clean water, I didn’t know what those things were. Humans were my enemy, never a kind word, never a loving hand – actually, I didn’t know what those things were. My job was to help make babies – not sure how many kids I have out there, maybe hundreds, thousands? The years all ran together, nothing ever changed, I got older, more crippled and then the cough started. I was in heart failure. The puppy mill people didn’t want me anymore, they considered tossing me in a bucket, as is, still breathing… but I was lucky because a woman (who had a heart) and worked for the puppy mill, took me away and turned me over to a rescue.”

Harley’s life changed completely after his rescue and adoption. He was rehabilitated both physically (as well as possible) and socially, and is still going strong despite a vet’s estimate in 2011 that he probably had only a few months to live.

You can find the details on Harley’s condition when he was rescued here.

Paws4Change recently uploaded this upbeat and inspiring video on Harley and the wonderful life he knows now.  Harley may not have dreamed of the good things in life during those long years where he was held prisoner, but he clearly enjoys them now. 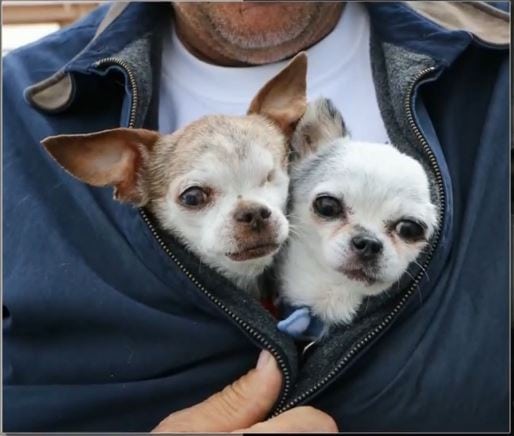 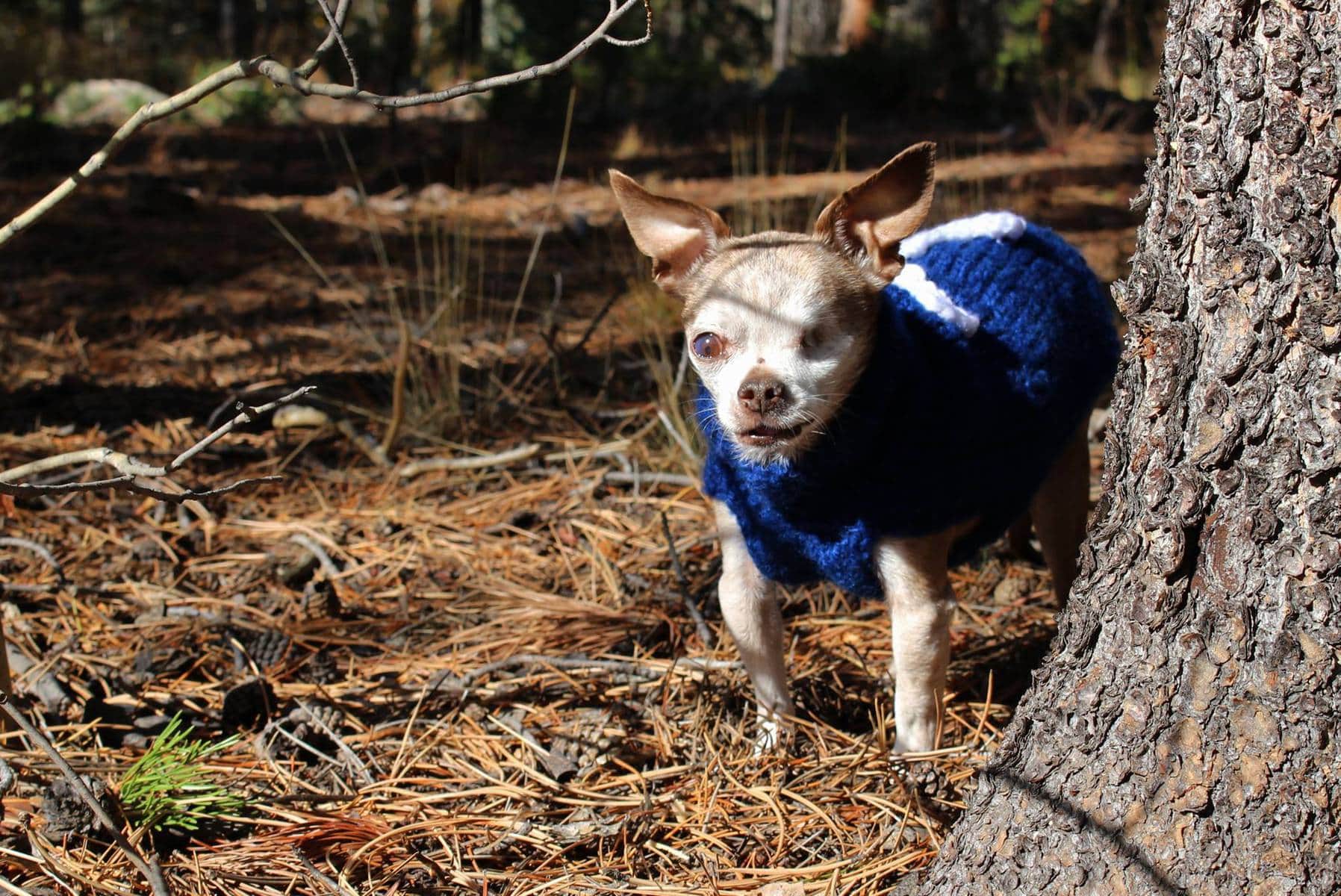 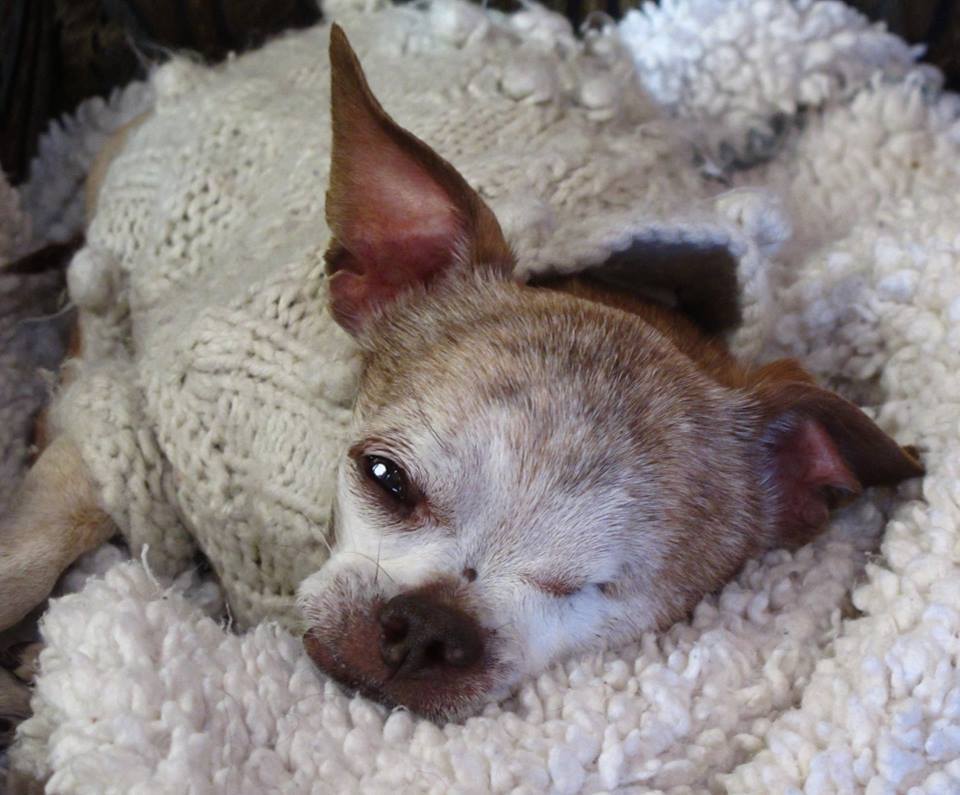 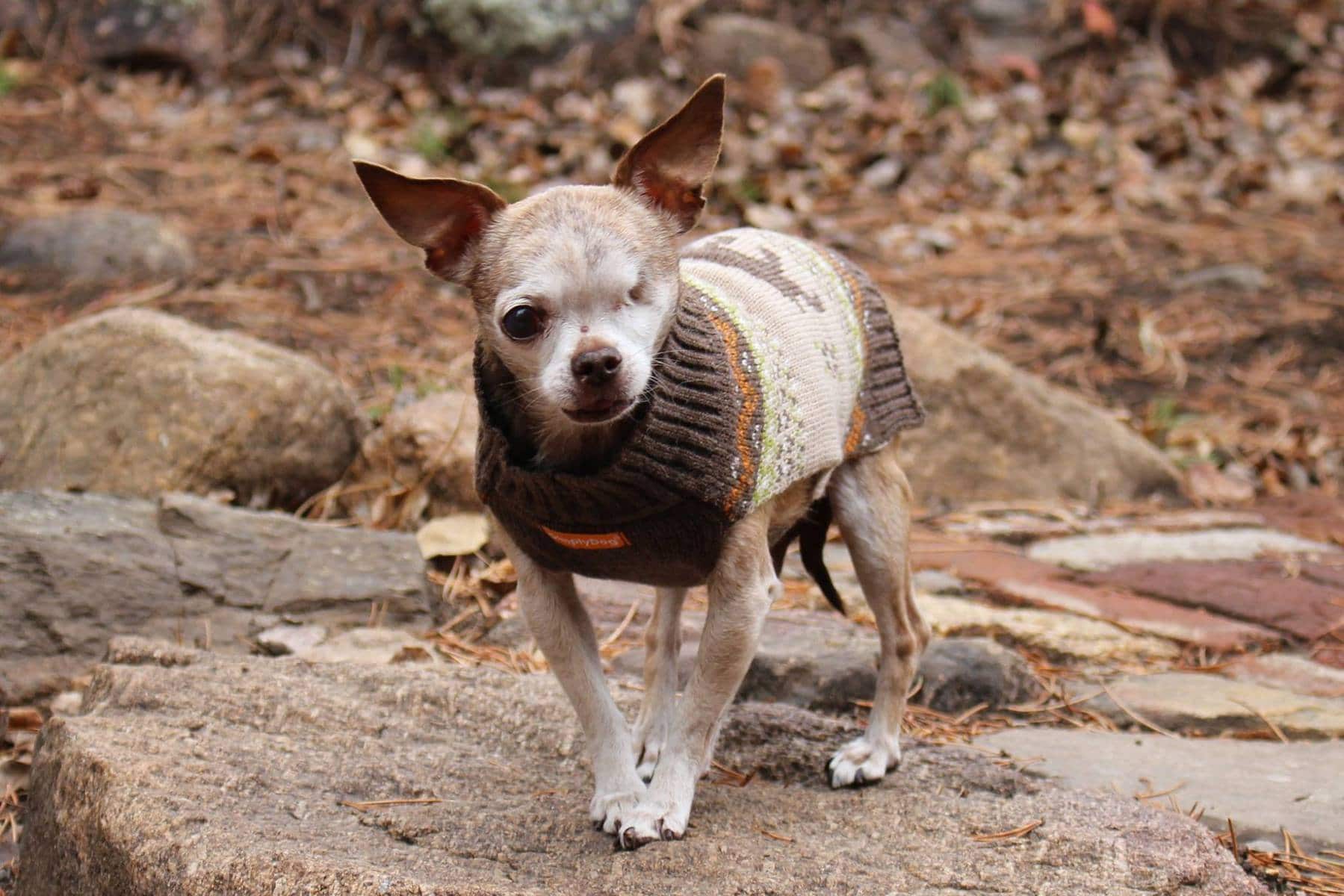