California’s budget crisis has inflicted an enormous amount of suffering on millions of California families. But its worst victims are likely to be the hundreds of thousands of animals that enter the state’s shelters every year.

According to recent media reports, Governor Jerry Brown is planning to propose a repeal of key provisions of a 1998 law written by legendary political activist and former State Senator Tom Hayden to protect shelter animals in California from premature euthanasia and increase their chances for adoption. 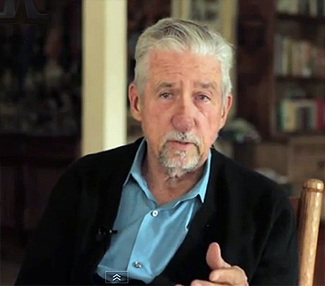 The “Hayden Law” requires shelters to wait at least four to six days before killing an animal, rather than the 72 hour minimum that prevailed prior to 1999. It also requires California shelters to schedule their operating hours to allow working people to visit during weekends and evenings so that they can find their missing companion animals or adopt an animal that would otherwise be put to death, and mandates that animals be provided needed veterinary care.

Repealing the law would do away with all of these basic protections, consigning countless animals to death. Sadly, this heartless remedy is what passes for a practical solution in today’s fiscal and political climate.

“The cost of (repeal) is to put countless dogs and cats to death,” says Hayden in the video.

Addressing the Governor, Hayden continues, “I urge you to look at your dog before you allow this bill that protects animals to die.”

Nathan Winograd, director of the California-based No Kill Advocacy Center and author of Redemption: The Myth of Pet Overpopulation & The No Kill Revolution in America, agrees.

“Other states also face economic challenges,” Winograd told me. “But instead of gutting animal protection laws, they are expanding them. When it comes to protecting animals in shelters, California is far from generous. Turning the clock back almost 15 years as the Governor proposes is unconscionable.”

Dog Park is circulating an online petition to accompany the video, calling on Governor Brown “not to kill thousands of innocent shelter animals” to solve the state’s budget woes:

These animals have nothing to do with California’s budget shortfall and it is wrong to kill them to solve our fiscal problems.