The man was last seen around 9am, and the call came in at about 3pm that same day.  While the man was clinging desperately to his overturned 14 foot boat, Chief Pilot John Coppola flew the sheriff’s office Huey helicopter out to the lake to respond.

Upon arrival, the man was seen to not have a life jacket on.  They also noticed a dog that was actually standing on the top of the flipped boat.

While Coppola steadied the helicopter above when the man was stuck, officers William Gleason and Officer Mike Ryle jumped into the lake with a life vest for the nearly drowned man.

The man had been in the water clinging to the boat for almost six hours.  Needless to say, he was seriously exhausted.

Coppola was then able to instruct a nearby boat to come over to the area.  The man and small dog, a bit shaken up but too badly injured were then brought up into that boat where they were taken ashore to safety. 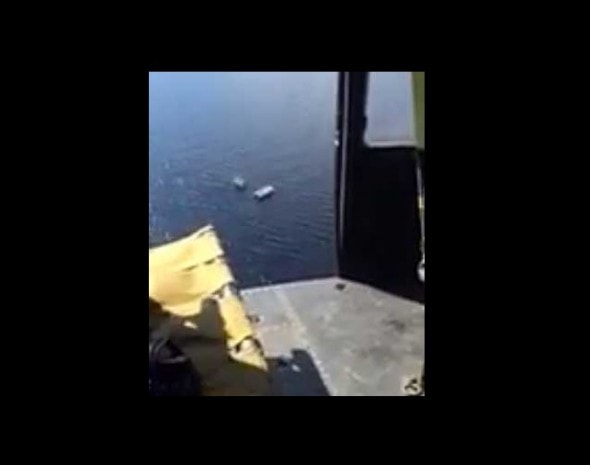