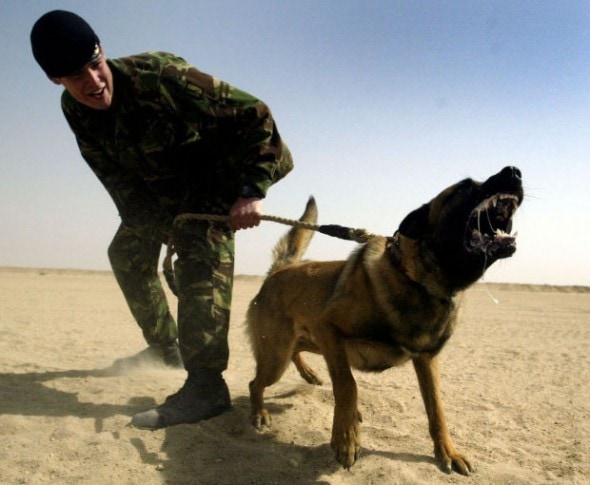 If you were to ask the dog about what went down when he saved the lives of his entire squad, you might get an answer of, “I was just doing my job.”  However, this dog is a true hero, after attacking and chasing off two ISIS terrorists and saving the lives of everyone in his squad.

According to reports, the dog was part of a British Special Air Service convoy when they were ambushed by ISIS fighters.  It was mass confusion as the convoy hit an IED (improvised explosive device), appoint, and the soldiers left their vehicles and took cover.  At that point, about 50 ISIS fighters tried to surround the British soldiers to try to wipe them all out.

One of the British soldiers loosed his dog, a highly trained German shepherd, who went to work right away.  One of the ISIS jihadist took a nasty bite to the neck and face, while another had his arm mangled to the point of retreat.  Both were sent running for the hills, and it wasn’t too long before the rest of the British troops finished off or deterred the rest.

“The [dog] was with the team in a training role, but when the troops came under fire, it was desperate to get involved,” a source told the Star.  “When the dog was unleashed it went after the greatest threat without consideration for its own safety – this is what they are trained to do.”

Thanks to the bravery of their highly trained attack dog, these soldiers lived to fight another day.  That totally makes this dog a real hero amongst men if we’ve ever seen one!  Good dog! 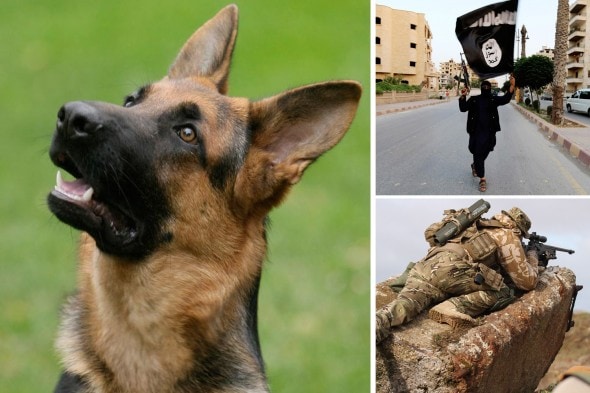