Last month we brought you the story of an Arizona dog named Ily, who survived living two months in the desert all thanks to another stray dog who kept her company. Well, the heroic stray named Buddy has found his original owners. 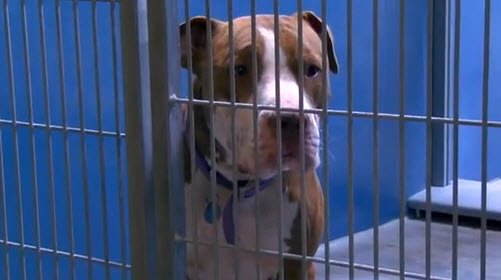 Illy’s owner, Rose Sharman, says her pet only survived living as a desert stray because Budy kept her company and looked out for her.

Illy and Buddy were captured days apart by search volunteers who spotted the dogs running together and patiently waited for them to enter a cage baited with chicken.

While Ily was immediately reunited with Sharman, Buddy was cared for at Maricopa County Animal Care (MCACC).

According to Al Aguinaga with MCACC, Buddy had a collar when found. MCACC personnel contacted Buddy’s owners and learned they had given Buddy away to new owners and consequently had no idea the canine had been lost and living as a stray in the Arizona desert.

After MCACC tried to get in touch with Buddy’s current owners but weren’t successful, Buddy’s original owners gladly welcomed him back to their home.

“The original owner, they’re going to come in and have the dog licensed, vaccinated, altered, and have a great reunited peace,” Aguinaga told ABC 15.

Sharman also expressed interest in adopting Buddy, but she owns 4 dogs and is still healing from injuries sustained during the car accident.

We are happy that after everything Buddy did to keep Ily safe in the desert, helping her get back to her owner, he as well has a happy ending. This brave dog now has a loving home all to himself.