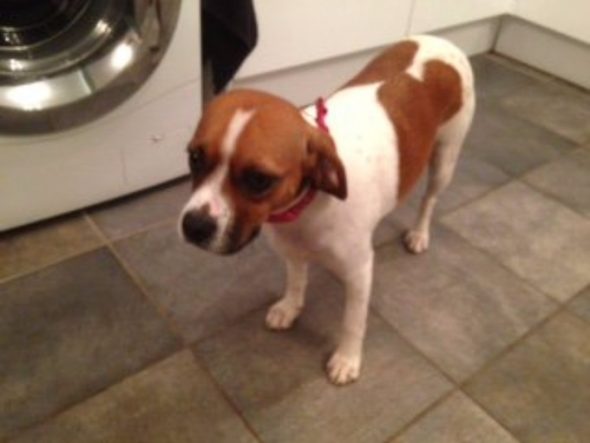 A dog from York in the UK is being called a hero after stopping a man from attacking her human while they were out walking in a park not far from their home.  The woman, in her 20’s, was approached by a man between 2:30 and 3:15pm last Sunday on Strensall Common.  When the dog bit the attacker’s leg, it gave them enough time to get away.

According to official reports, the woman was walking with her dog along a path that runs alongside a golf course.  They were approximately 15 minutes away from where they parked the car when she first saw the man call out to her.  She didn’t know who it was, and decided to turn around and go back the other way.

Moments later, the man again popped out in front of her a little ways down the path.  He grabbed her by the neck and twisted hard.  The woman’s dog then jumped in and attacked the man, biting him once on the leg.  He then kicked the dog in the chest knocking her back, but not out.

The man then turned his attention back to the woman, and was screaming and battering her.  The got caught a second wind, and again bit him on the leg, this time causing the man to go down in pain and have to tend to the wound.  This gave them just enough time to get away and call for help.

There were a number of people also in the park at the time of the attack, and police are making an appeal to the general public for any information they man have regarding the incident.  The man is described as white, heavyset with a chubby face, and dark/greying facial hair.  It is estimated that the man is in his 50’s, and was wearing a dirty, orange, zip-up raincoat, and dark green water-proof pants which zip off at the knee to be worn as shorts.