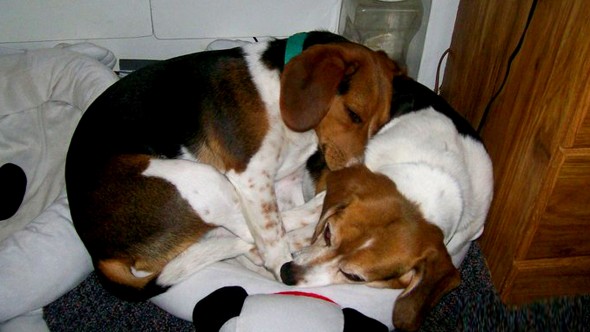 A beagle named Max tragically lost his life when he found himself trying to fight off an angry mama bear.  But because of his valiant heart, his entire family’s lives were spared.

On the night of Monday, June 8th, Jeff and Renee Hanna were watching a movie with their two dogs, Max and Pete, curled up near them.  They knew something was awry when Pete, the younger of the two, started barking.  Jeff quickly discovered that there had been an intruder in their Michigan yard.

“The bear came and tore the feeders down so I grabbed a flashlight and I walked all over the backyard,” he explained to 9 & 10 News.

He wasn’t able to find it, and went back inside.  Before retiring for the evening, Jeff took the boys out for a final bathroom break.  Not having found the bear earlier, he assumed it had moved on.  He was dead wrong. 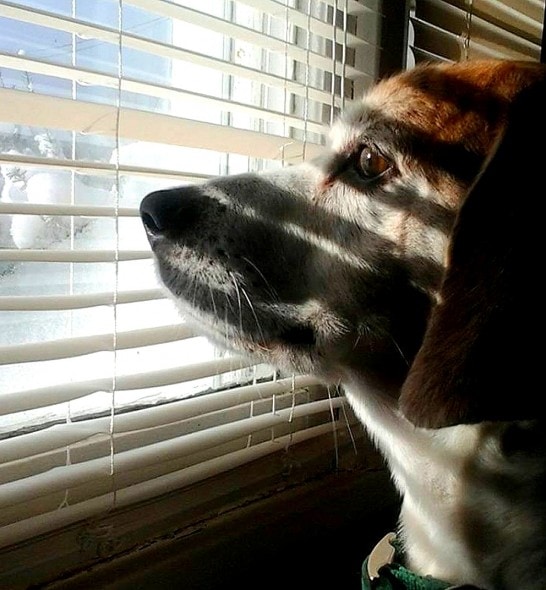 “I spotted a bear coming around the shed that you had seen out there by the driveway. I’d seen it and, at that point, I could tell it was charging. I just yelled, ‘Get out! Get out! It’s here!’”

Max bounded in front of Jeff and attacked the bear, but he was no match for the powerful creature, and she chomped him.

“The dog and the bear collided right there. The bear hit the dog and rolled him over and then that bear went right for that dog’s throat.”

They chased the bear away, but she had already sealed Max’s fate.  His injuries were too severe to survive, and the Hannas were forced to put him to sleep. 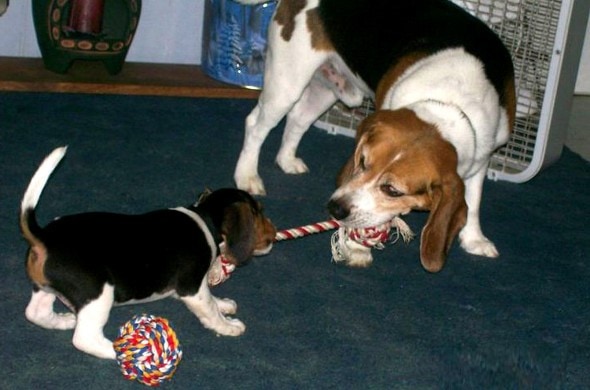 Police arrived to find the mama bear and her three cubs in a tree only a few yards away from the house.

Max was like a surrogate dad for Pete, and was fiercely protective of his family.  Even if the results were the same, he likely would have done the same thing to save them.  His family is eternally grateful for his heroism, and will always fondly remember him.

“He loved everybody. Everybody,” Jeff said.  “He was a good rabbiting dog. Loved his rabbits, but he loved kids. That was his thing. That was Max.” 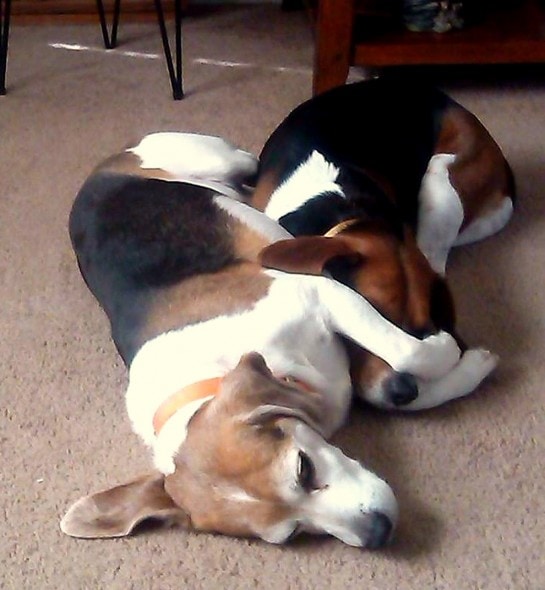