Fort McMurray, Alberta is being ravaged by wildfire that has decimated an area larger than New York City, and is so powerful that it’s jumped a half-mile wide river and is creating its own lightning.  Despite the evacuation, one man risked his life to save a dog who had been trapped in an apartment for over a day.

“It’s extremely dry out there. Wind continues to push from the southwest, to push the fire to the northeast into the forested areas,” Alberta Wildfire official Chad Morrison said Friday afternoon. “There is a high potential that this fire could double in size by the end of the day tomorrow.”

Evacuation convoys have been taking residents to Edmonton and other areas not at risk for as long as it is safe enough for them to travel. 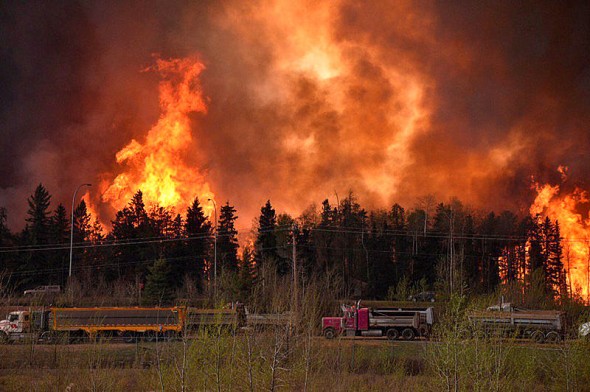 “It was something like Armageddon,” explained Morgan Elliott.  “Everything was burnt, houses gone. Leaving the city, it was like a scene out of a movie. It reminded me of the TV show ‘The Walking Dead’ where you’re going on the highway, and there’s just abandoned vehicles everywhere; hundreds of cars, just abandoned vehicles.”

Allison Wiseman had already left town, but panicked when she found out that her dog was still at home because her caretakers had been banned from re-entering Fort McMurray.  Cuddles was trapped in the downtown apartment building for over 36 hours.  She had no water, and with the strength of the fire, there’s no guarantee that her home would even be there much longer.

But an old high school classmate of hers hadn’t fled yet, and sprang into action once he received a desperate call from Allison’s cousin. 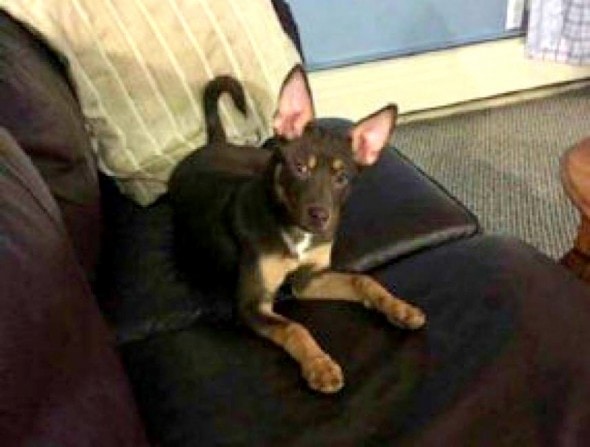 “He was still in Fort Mac helping as much people as he could,” she told The Star. They FaceTimed to make sure he was in the right place. “I said, ‘Break the door down — you got to do what you got to do,’” Wiseman said. “I said I’ll pay for it — I don’t care.”

He smashed through the entrance, then raced upstairs to her place, and busted down that door, too.

“He went in there and grabbed her,” she said. “She was obviously very thirsty because she didn’t have any water.”

Once she was safe, the anonymous hero sent Allison a video to show her that Cuddles was alright.

“(Cuddles) was getting along great with his dog there,” she said. “She’s safe and she’s hungry. She was just excited to get out and run all over the place.”

As happy as she is to know that Cuddles is fine, Allison can’t help but worry about other animals who have been left behind.

“They can’t help themselves,” she said, her voice breaking. “They’re innocent and they don’t know if their owners are coming home. It’s super sad.”

Hopefully firefighters and other rescuers will be able to contain the blaze and save all the people and animals in the fire’s path.  Let’s all keep them in our thoughts.