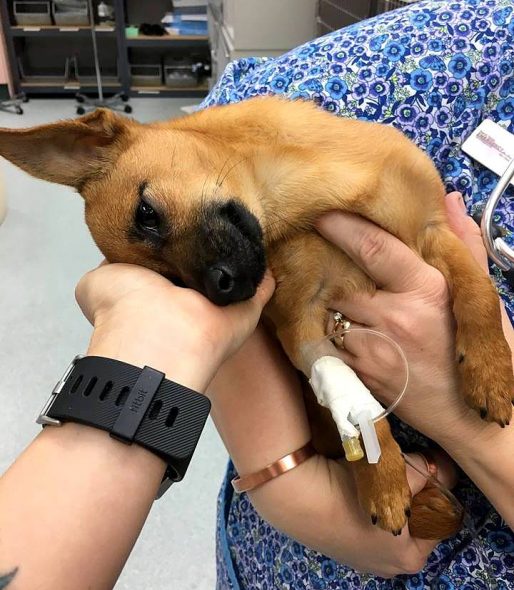 Police in Carrollton, Texas were responding to a theft call when they spotted a puppy lying on the floor of the suspects’ truck.  He had eaten their stash of heroin, and would have succumbed to the deadly drug had it not been for the police who rushed him to the vet.

Officers from the Carrollton Texas Police Department responded to a theft at Home Depot where suspects were switching price tags.  They left their puppy on the floorboards of the truck, along with an undetermined quantity of heroin, which was consumed by the little dog. 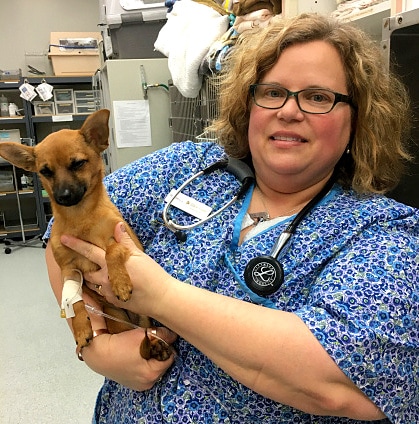 “We weren’t sure exactly what was going on with it, but there was drug paraphernalia,” Carrollton Police spokeswoman Jolene DeVito told CBS DFW. “Eventually we did find drugs in the car and made sure the puppy got medical attention right away. Sure enough, he was basically suffering from a heroin overdose.”

Their “honorary K-9” was rushed to North Texas Emergency Pet Clinic for treatment.  He is now recovering, and will be taken in by the City of Carrollton Animal Services when he is well enough to leave the clinic, soon to be put up for adoption.

Meanwhile, Thomas Romero and Nina Crawford were arrested on charges of heroin possession and fraudulent destruction, removal, or concealment of writing, with animal abuse likely added to the list.