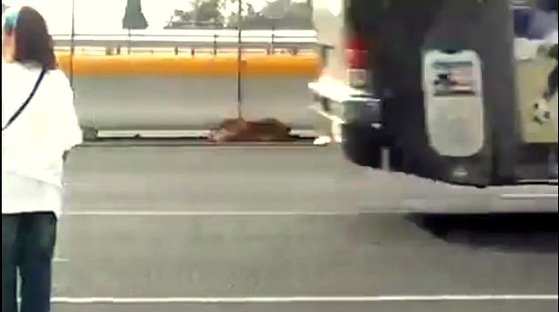 If you needed something to warm the cockles of your heart today, here it is:  a woman in Mexico risked her life to cross four lanes of high-speed traffic to rescue an injured German shepherd.  After gaining the dog’s trust, she carried him in her arms back across the highway and took him to a veterinarian. 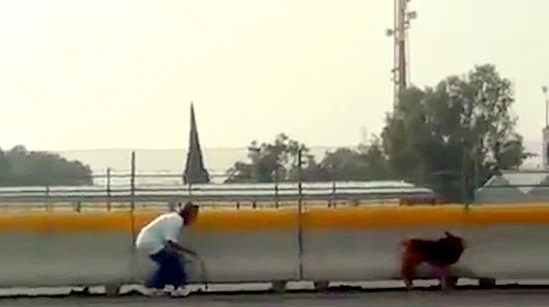 Vero Salgado saw the dog get by a car as it tried to move from the crash barrier back to the shoulder.  Her friend filmed the incredibly dangerous and heroic rescue.

“It only looked like a glancing blow, but the poor animal had cowered down on the ground and was paralyzed with fear,” Vero said. 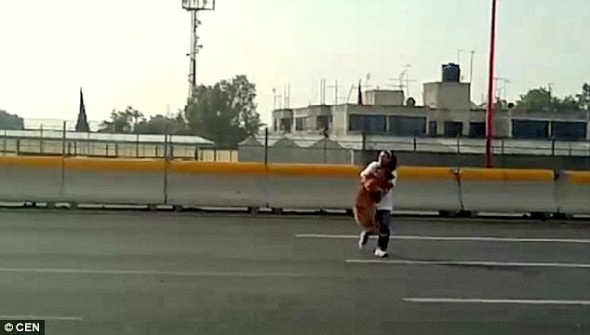 “I decided to cross over the road to see if I could rescue it, but it was difficult because traffic was thundering past, always in one lane or the other all the time.  And nobody wanted to stop or even slow down for me or for the dog.

“To say I wasn’t scared would be a lie; I was terrified and my heart was beating faster than I could have thought possible. I needed to be patient… I tried slowly to coax him and eventually I managed to get to him and put my belt around his neck as a lead.” 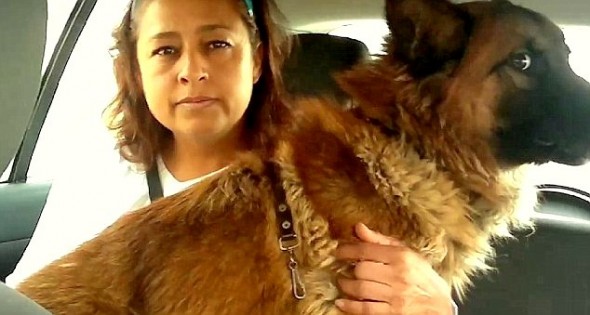 “The next thing I was worried about was in case he tried to run toward the traffic, as I knew I wouldn’t be able to hold him, but it all went well and I was able to seize the moment and cross back over to safety.”

After making it to the car, with the shepherd riding on Vero’s lap, the group took him for medical care.