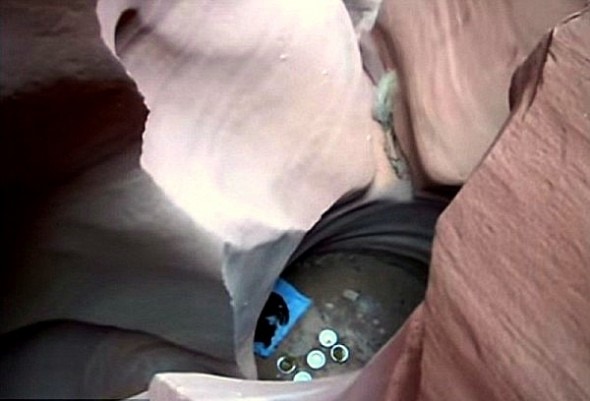 Five years ago, Zachary Anderegg was hiking in an isolated area in Arizona when he saw a bony black puppy huddled at the bottom of a 350-foot canyon.  There was no way this puppy got down there by himself, and he certainly wasn’t going to get out by himself. 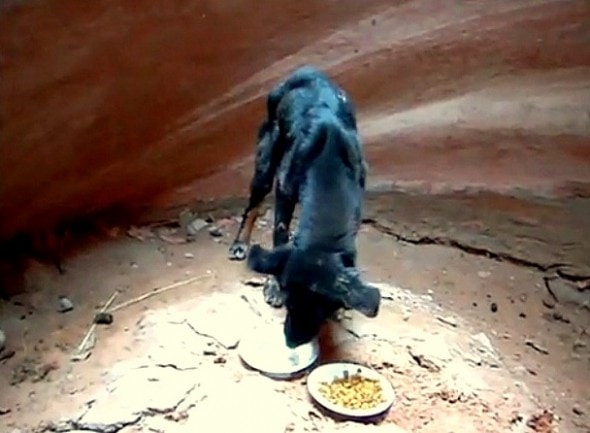 A better person couldn’t have come along.  Zak is a former US Marine Sergeant, and was up for the challenge.  Some parts of the hike weren’t so bad, but other stretches were jammed with logs.  He set up his rappelling equipment and made his way down into the narrow crevice to reach the pup. 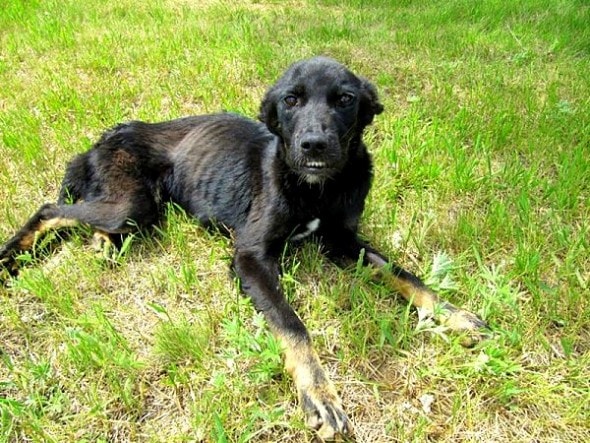 On his second trip down, Zak brought food and water.  He didn’t have everything he needed to pull the dog up to safety, but at least provided him with food and a towel for the night.  The next day, Zak returned with a crate.  It was incredibly difficult, but he managed to lug the starving puppy up to the top of the canyon. 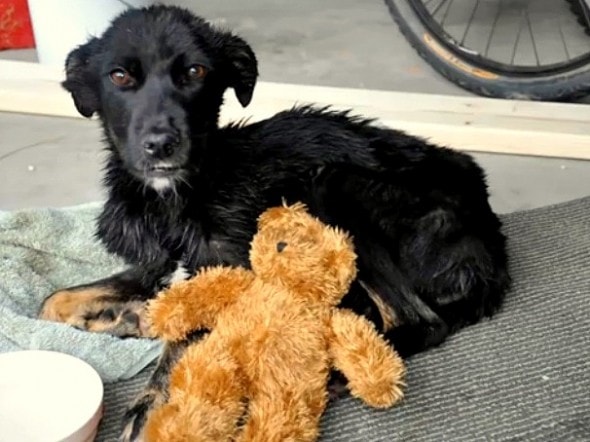 The poor dog was in terrible shape; he was emaciated, his paws were completely torn up, his teeth were blackened from malnutrition, and he had shotgun pellets embedded in his skin.  Zak sought medical attention for the dog, and called him Riley. 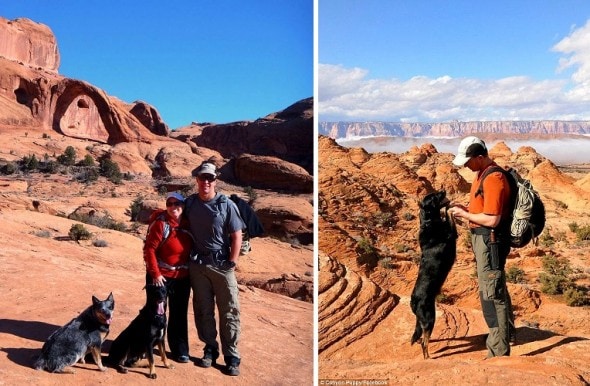 Zak and his wife adopted Riley, and before long, his health improved and he bloomed into the charismatic, life-loving dog he was meant to be.  He even got a big dog brother named Kohi, whom he gets along with very well. 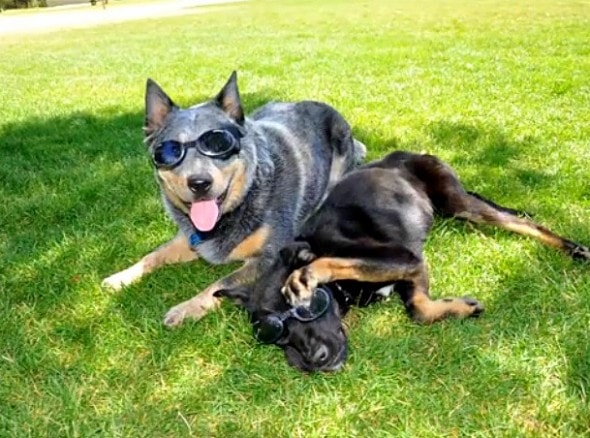 Riley started out life being horribly abused and unloved.  Now he is beloved by thousands and goes on all kinds of adventures.  He is living life to its fullest by romping through the snow, leaping over boulders, and splashing through desert pools.  Most importantly, he’s doing all this with his family. 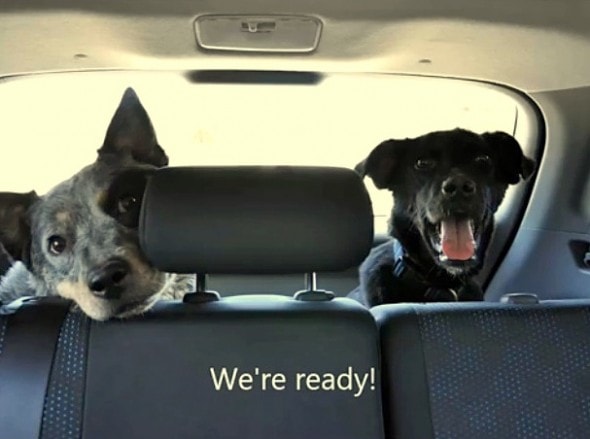 To see more of Riley’s adventures, check out his Facebook page, Canyon Puppy.  To buy Zak’s book about his and Riley’s amazing story, click here. 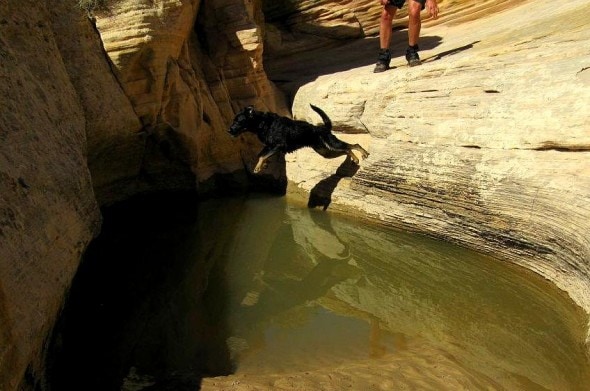 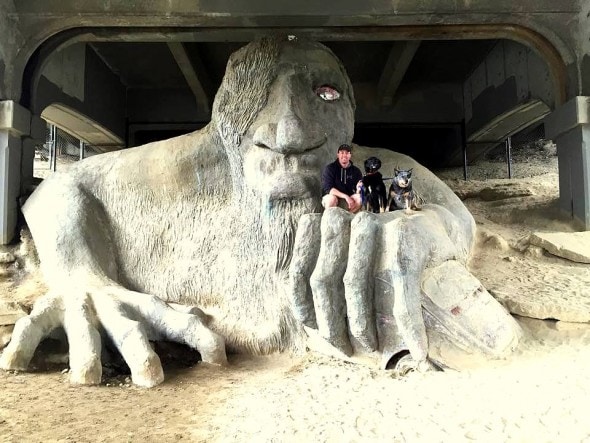 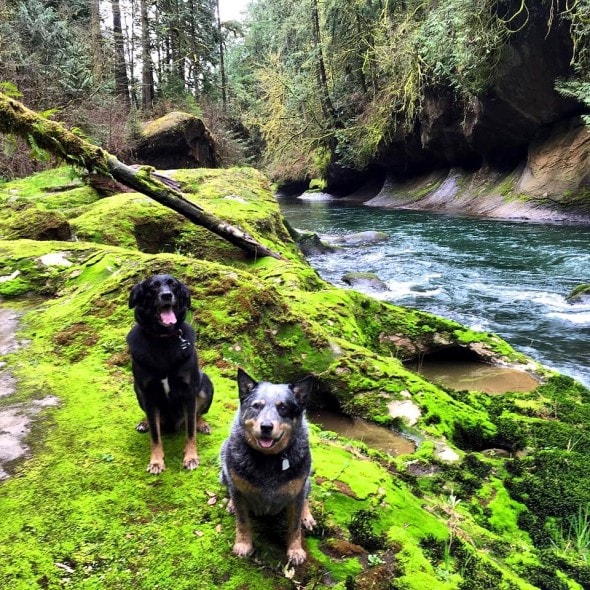