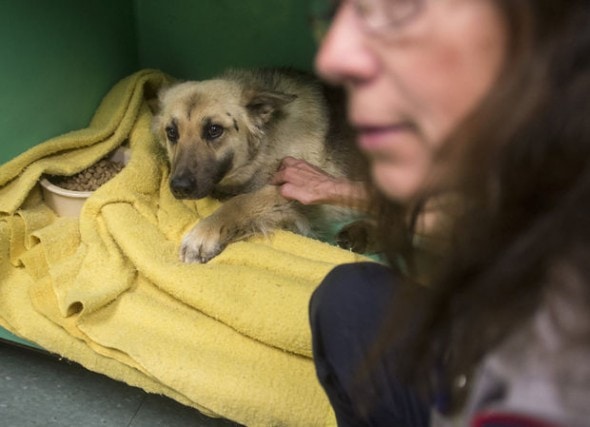 In Saginaw, Michigan a German shepherd with a badly broken leg needing surgery to repair is going to get the much needed medical care she needs.  She was a victim of a hit-and-run that someone thankfully saw, and is being cared for by the staff at the Saginaw County Animal Care Center.

When she was first brought in to the animal care center, she was given a “name” of “number 7826.  Now she is called Gabriel.

A woman witnessed Gabriel being struck by a hit-and-run driver on Tuesday, the 27th of May, and is one of the few who knew about the dire situation Gabriel has been facing.  The leg is broken in an odd way requiring surgery, and is receiving pain med injections three times a day.

Jill Attarpour was the witness who called for help when Gabriel was struck.

Elaine Thompson, animal control officer for Saginaw County said Gabriel has a “closed fracture to the right humerus.  It was thought that the break was in a place that will not heal properly without medical intervention.  Most vets would charge around $3,000 for the surgery, treatment, and follow ups required for a broken leg of this kind.

A reexamination and new x-rays taken are giving some hope.  The new information gained is suggesting that what was initially thought of as a very problematic place to have a break looks like it may be solved with a simple surgery.  The procedure is scheduled of the 3rd of June.

While at the clinic, people would be hard pressed to even detect something is wrong with Gabriel at all. 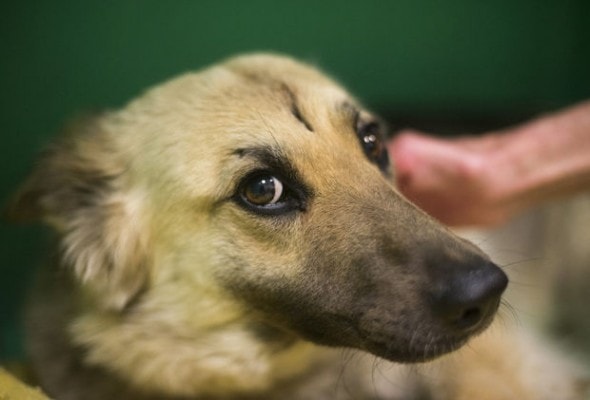