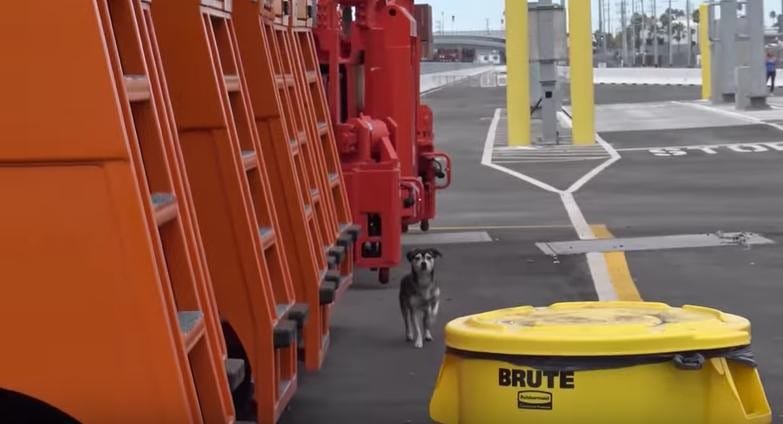 What kind of name do you give to a dog that consistently dodges rescuers for TWO YEARS?  Houdini, of course!  That’s what his rescuers are calling him at least.  This poor dog went from being homeless for two years and having an extreme distrust of people, to not being able to get enough love and attention.  He just needed someone to show him what love really is.

The Dodo talked to Eldad Hagar, founder of the Hope for Paws rescue foundation, and he said, “People at the port fed him and gave him water, but he wouldn’t allow anyone to get too close to him.  He was just too scared.” 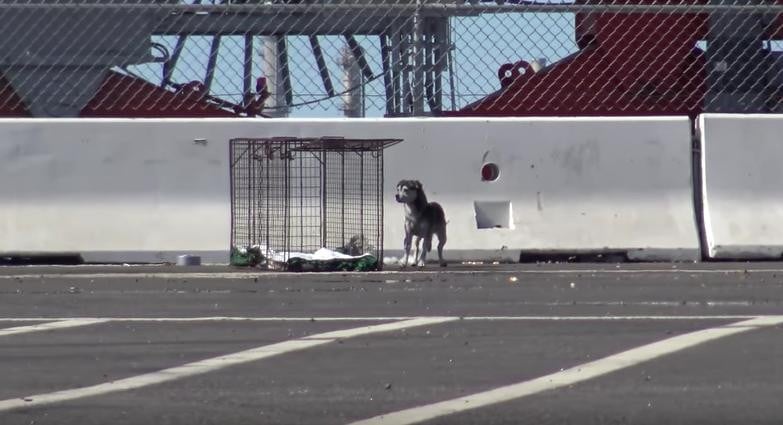 A few weeks ago, Hope for Paws was called about Houdini.  Rescue groups in the area of the Port of San Pedro in California had been trying for what had seemed like forever to rescue him, but no one was very successful.  One group did manage to get him into a live-trap, but he managed to escape their grasp, and got away.  Hope for Paws took the job right away, but we’re not sure they knew exactly how much work this was actually going to be.

The very first day, they went out to the port to set out traps for him.  He did manage to find the trap and wander over to it, but seemed to know what he was looking at.  Perhaps he remembered the experience from before with the live-trap, but regardless, he’d have nothing to do with this one. 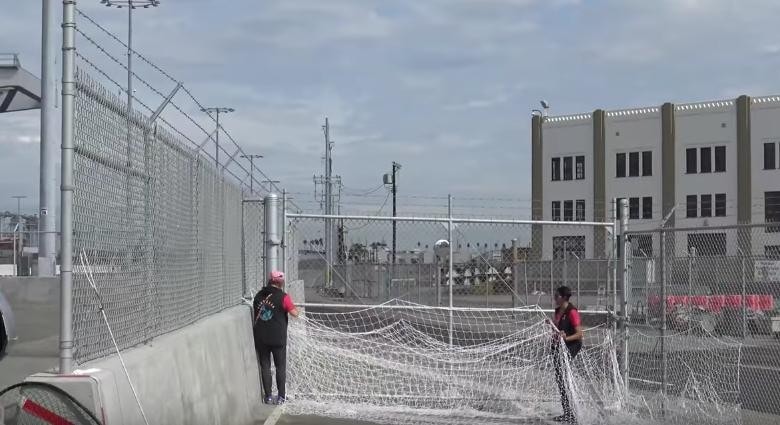 On day two, Hope for Paws called in some back up.  They got a hold of Rescue from the Hart, and a total of seven people went back down to the port to look for Houdini.  The crew went about setting up traps and nets, slowly closing off the area he was in.  As they made it smaller and smaller, there was eventually no way for him to really escape, unless it was into one of the nets or traps.

The idea was a very good one, however it didn’t exactly work out the way they planned.  As they were working to more or less box him in, he took notice of them.  The minute he saw the rescuers, he bolted in the opposite direction, and wasn’t seen again for the rest of the day.  Again, he managed to get away. 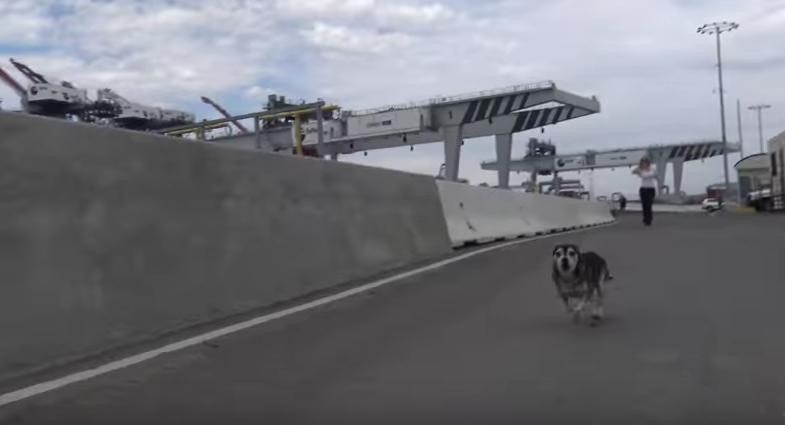 On day three, a total of ten people showed up to help with the rescue effort.  These faithful volunteers were bound and determined to rescue Houdini.  As the makeshift militia of rescuers made their way out to the port once again, Houdini popped out of nowhere, as if to taunt them!  Houdini now was certain that they were headed out for him again, so the element of surprise was lost.

The volunteers however, took some extreme measures to really get the drop on him.  They brought a TON of extra fencing and netting.  The idea was to start blocking off every single spacve the little dog could squeeze himself through.  Again, they wanted to box him in, making his available area to run smaller and smaller.  It seemed like maybe he saw them and was smart enough to stay away from the area they were working in.  No one had seen him all day. 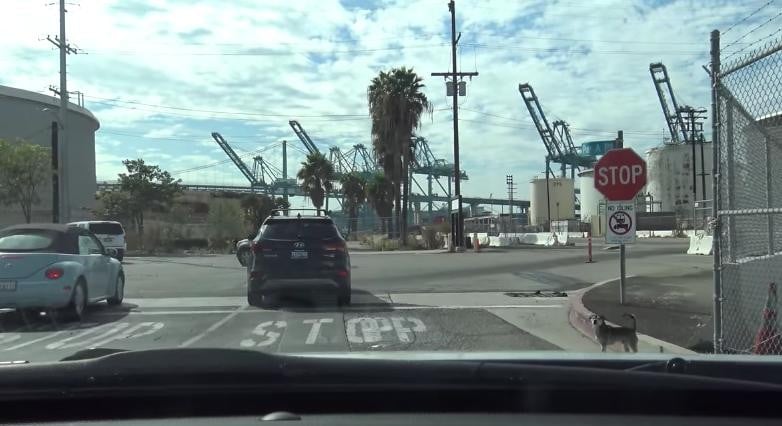 Finally, after what must have felt like an eternity, Houdini finally appeared.  The moment he popped out, the rescue team took off after him.  They basically chased him into a dead end.  Finally, after two years of being homeless and three days of extreme tracking and trapping, Houdini was finally caught.

The rescue team then took their time gaining his trust.  This was proving to be an even more difficult task for them, but they knew that things would not be easy.  There was just no way simply netting this dog was going to calm him down.  They took their time, and slowly he began to trust them.  Little by little, they were able to show him that not all humans are scary and out to hurt him. 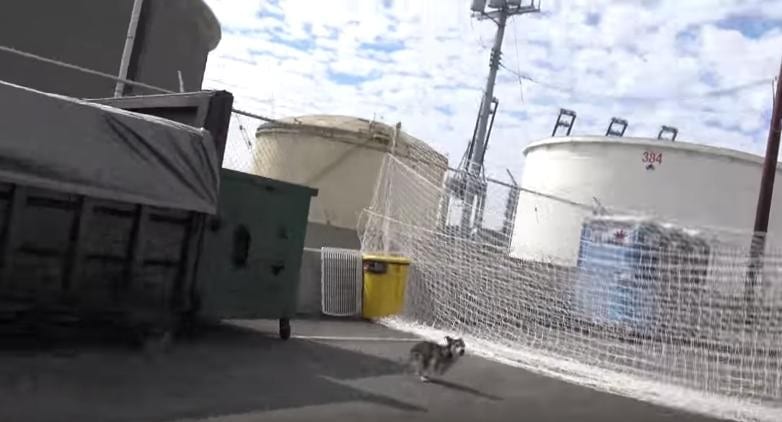 Once he was assured that no one there was going to hurt him, and after lots of love and compassion, he became quite docile, and almost seemed to just let the rescue team help him out.  One could only imagine the things the poor guy has been through in the years he was on his own.  Understandably, recovery for Houdini was going to take some time.

Houdini is recovering nicely now.  He was taken away from the port, hopefully never to return.  He’s with as foster family now, courtesy of Rescue from the Hart, and is learning that there are people that will love him and take care of him. 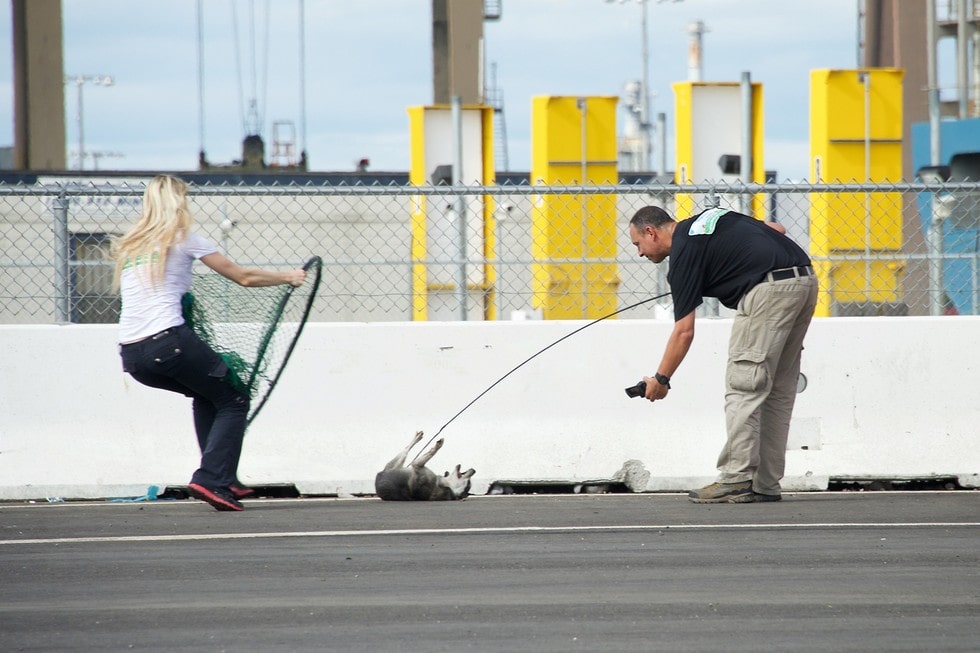 “Houdini is doing great,” Hagar said.  “He is such a happy dog, loves people, loves dogs, it’s almost weird how fast he turned around.” 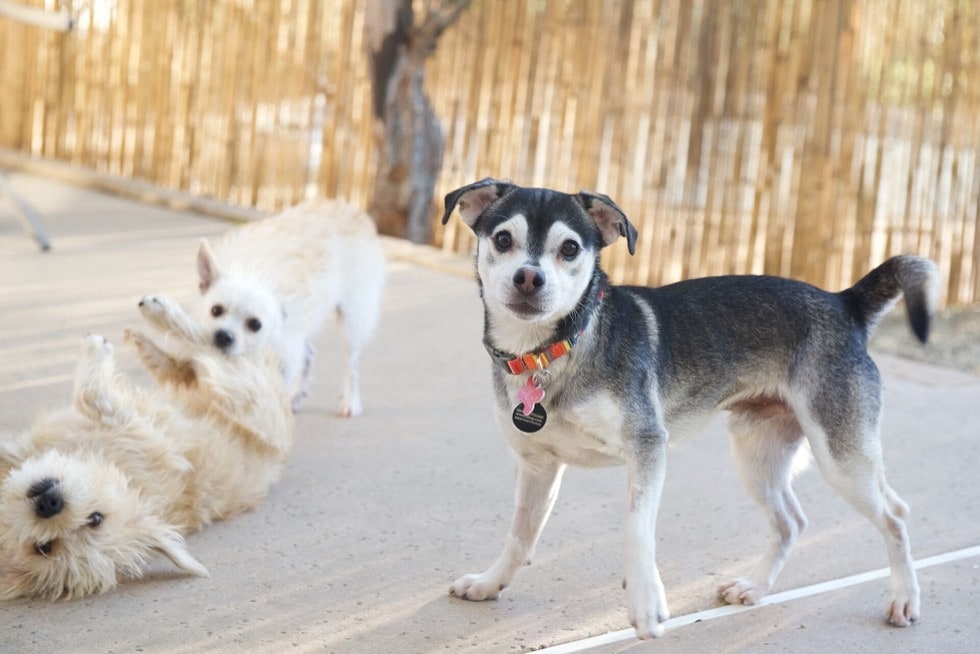