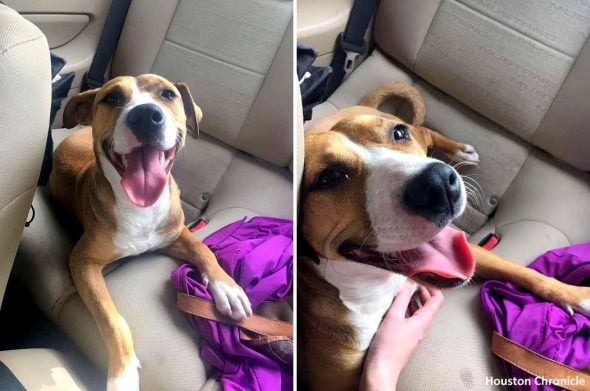 Boy, if this doesn’t tug on your heartstrings…. One Saturday afternoon last month, as families made their way to their cars after exiting the Children’s Museum of Houston, a stray dog followed them.  When they got to their cars and didn’t allow the dog in with them, she turned around and went back to the museum to try this with another family.  Again and again she did this, until two women took her in to find her a home.  And they were successful!

“Each family she tried, would turn her away, despite petting her as she returned the love in little kisses on their hands. With our heart touched, my friend and I knew we had to take care of the sweet dog and find her a home.”

This story (both the first and its updates) was originally published by Heather Leighton of the Houston Chronicle.

Lost dogs are seen all the time in Houston, but Saturday while I was out with a friend, we came across a pooch that was different from any others I’d seen before.

My friend, Alli, and I were driving back to my apartment off of Binz St. in Houston Saturday afternoon around 2 p.m. when we saw a dog without a collar and leash walking by a father and his daughter.

“I don’t think that dog belongs to them,” Alli told me.

“But it’s walking right by the little girl and is looking at her. It must be theirs, right?” I said to her. 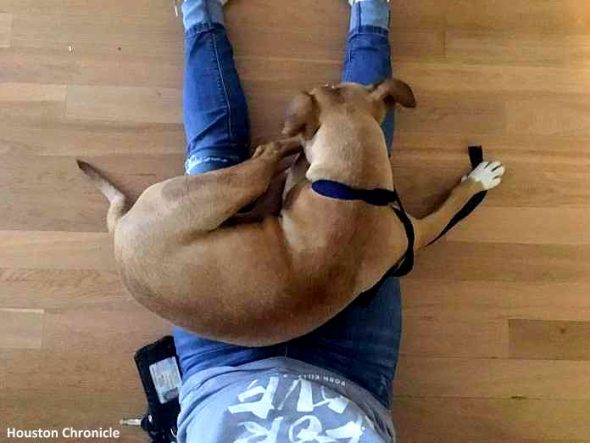 We wrote it off and drove slowly by the father, daughter and pooch, but something told us to turn around and ask if that dog was theirs.

We pulled into the parking lot across the street from the Children’s Museum and asked them if she belonged to them. They told us, “No,” but they also said that she’s been accompanying families all afternoon.

“She has been following families to their cars and turning around whenever they don’t take her with them. She turns around and finds a new family to walk with,” the father told us.

“This girl knows how to work the system,” I thought and at that moment she worked my own heart. She greeted us with her big brown eyes and wagging tail and kisses to the hands.

Our hearts melted and the pursuit of finding this little pooch’s home began.

Alli took her to see if she has a microchip, but she doesn’t, so we began calling animal shelters (preferably no-kill shelters) all afternoon, but everywhere we called was full. The calling continued into Sunday morning, but we still had no luck in finding a shelter to take the sweet girl.

It was then that a public plea was put out on the Houston Chronicle for her owner to step forward or for someone to apply to adopt her. 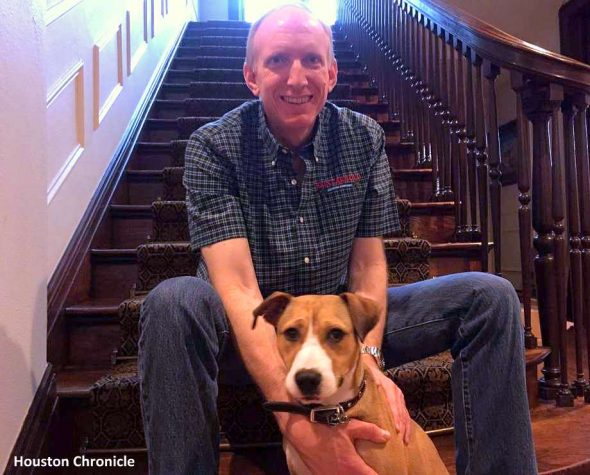 The mission of finding the sweet pooch finally ended about a month later when Saint Arnold Brewing Company’s co-founder Brock Wagner reached out to the foster service we partnered with.

“The description of her walking families from the museum to their cars and them not taking them,” Wagner told Chron.com. “How could you have this sweet dog roaming the streets?”

Last week, he reached out to foster service Best4Pets, who we partnered with to find the lost dog a new home. 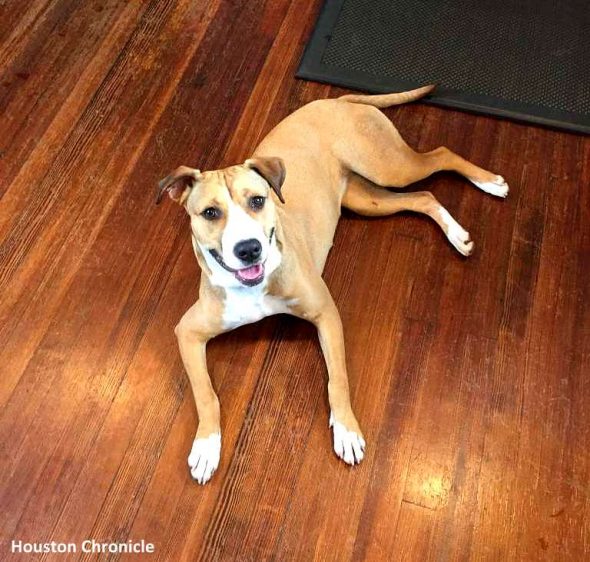 “She ran around the backyard and explored the house to figure what it’s all about,” Wagner said. “We took her to Pet-Co and got her a black and pink collar with clear sparkly stones on it. It harnesses the pit bull side of her and her more feminine side.”

By the end of the day, Delphi was captured snoring on their living room couch – dreaming in newly found contentment. 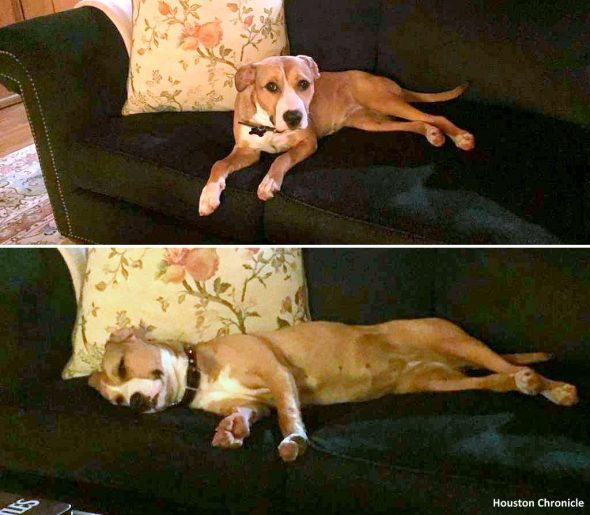