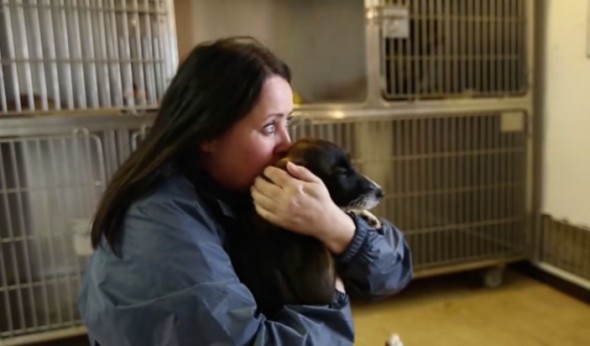 A no-kill dog shelter in one of the most remote and least populated places in Canada is facing a new threat.  The Iqaluit Humane Society has been flying their dogs out to Ottawa, where the local chapter of the ASPCA would find forever homes.  However, the airlines that helped them get the dogs out has changed their flights, and now the no-kill shelter faces some grim possibilities.

“Canadian North has been an amazing partner,” said the Iqaluit Humane Society on Facebook.  “They have made our work with our partner, the SPCA of Western Quebec, phenomenal.”

The coming change to the airlines flight schedules may change all of that.  The dogs were being flown out for free, but the change would make the arrangement all but impossible to continue.  The changes would be kicking in on January 11th, 2016.

“With the time of flight scheduled to change for later, it means when the animals arrive the cargo office would be closed in Ottawa due to the later arrival time. So if dogs were to fly on said later flight, no one could pick them up,” said the Facebook post.  “We are not allowed to send them to the airport because airport regulations mean they have to be with a ticketed person and not on their own.”

This really puts the shelter in a bad spot, and the fate of some of their dogs may be in question.  The remote location of the shelter makes transportation to and from the area quite limited.  The cost to ship a dog that weighs about 100 pounds could run upwards of $350 per dog.  The shelter just couldn’t pay to send the dogs they need to out, and we all know what overcrowding means for the poor dogs.

“When you run out of space, you have to make decisions,” said Iqaluit Humans Society president Janelle Kennedy.  “We’ve been priding ourselves as being a no-kill shelter and we really don’t want to have to go that route.”

Kennedy said that the shelter will do everything it can, and consider any possible option to avoid overcrowding problem leading to euthanizing.  They are currently in talks with different airlines Canadian North and First Air to see if some other arrangement could be made.  These are the only other two options for the shelter.

Time is running out for dogs at Canada’s northernmost shelter

Posted by The Globe and Mail on Wednesday, December 16, 2015