Lulu and Lala were rescued at the same time by Rescue from the Hart, and a more timely rescue could not have been made.  They were in the clutches of a woman who is mentally ill, and was mistreating the dogs very badly.  She had been bathing them in what’s called a “level three toxic substance, and no one really knows why.  Needless to say, both are doing much better now. 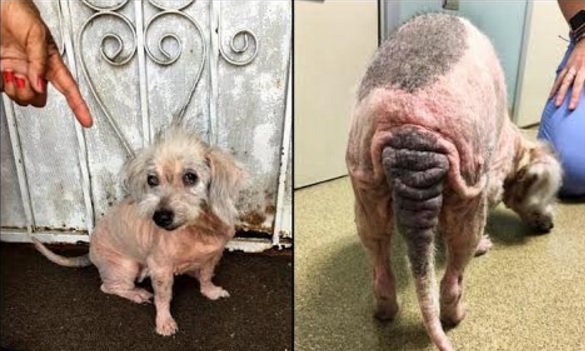 Let’s let the folks from Rescue from the Hart tell the whole story:

Back in early August, we were asked to rescue Lulu and Lala from a terrible situation in South Los Angeles. When we saw their tragic pictures highlighting severe neglect, we of course said yes.

At first glance, it looked like Lulu had mange and would just need a bit of medical to get her healthy. But that was so far off what was really going on…

Lulu and Lala had been repeatedly bathed in a “Level 3” toxic chemical. We don’t know what the thought process was of the woman doing this, but she seems to have been mentally ill. But because of these toxins, we had one heck of a time getting their skin conditions under control and to the point that they weren’t constantly in agony from being raw and itchy.

To complicate matters for Lulu, she had severe environmental allergies. Touching grass would cause her to break out in a rash within minutes! After repeated trips to the dermatologist to sooth her skin and get her started on allergy shots weekly, Lulu’s skin has healed! Beautifully. 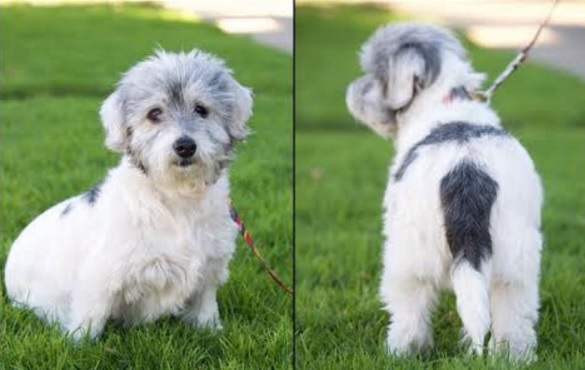 She also had a massive oral infection, one that required a major dental with quite a few extractions. But considering everything else, this was the easy part.

The biggest change for Lulu came with her eye sight. She was completely blind when she came to us and we believe she had been for quite some time. But luckily, our eye specialist was able to restore vision in one of her eyes! At first Lulu was pretty freaked out by being able to see, likely because she had been blind for so long. But now that she has had time to adjust, Lulu loves her new sense! And with her sight being restored, she took one look at her long time foster brother Finnegan for the first time and fell madly in love! The two are now inseparable! It’s pretty hilarious to watch them in action together. 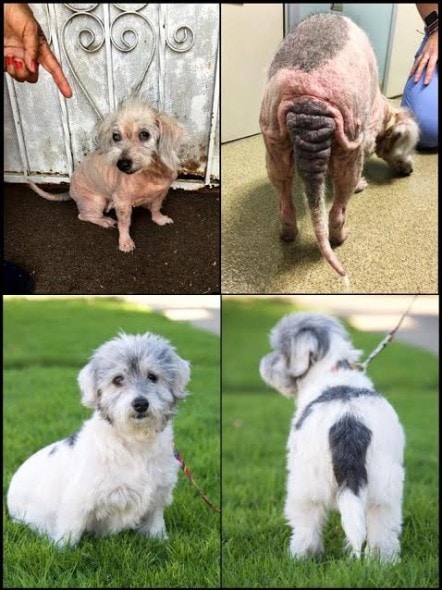 So, we consider Lulu’s Transformation complete! All it took was:
-Weeks of major meds for Skin damage due to toxic chemicals.
-Massive dental infection and extractions.
-Horrible skin allergies and allergy shots for the next year.
-Cataract surgery to restore vision.
… And a lot of love.