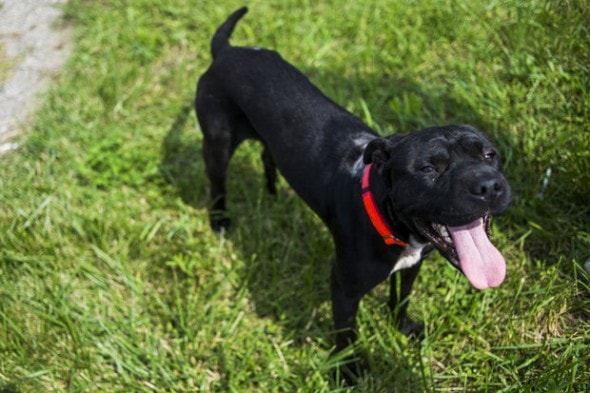 When Debra Gladish of Flint, Michigan first saw Buckwheat, he was alone, foraging for what he could in the icy cold of winter.  Debra knows what life can be like for someone stuck in Buckwheat’s situation, as she is homeless as well.  She decided to start taking care of him, and has found the best friend of a lifetime.

Debra Gladish has been Buckwheat’s care taker for the past several months.  She has been giving him food and water whenever possible, and giving him the basics when it comes to being a “good boy.”  At first, he wasn’t even able to respond to the most basic of commands, like sit or treat.

Taking care of Buckwheat is tough for Debra.  She’s been out on the streets of Flint since January, and living in an abandoned house north of downtown.

When asked about how she ended up where she is, she does he best to make a long story short.  She basically said she had a falling out with her family, spent time in jail, lost her job due to frostbite, and found life in a homeless shelter in Flint to be far too complicated when compared to life on the streets.  She’s said she’s amazed at the amount of abandoned places to live in Flint.

“I realize that Flint went through a big depression after the auto companies left, but I have been in this town for a year.  Everything is sitting in Flint that you need.  Everything, including animals.  It’s like everybody got up after lunch one day and left.  The houses, beautiful homes, clothes in the closets.  Furniture in the living room, jewelry in the jewelry box.  And there’s the cat and the dog.  Why did they leave like that?  Left it to rot,” she said.

At one of the houses Debra had been staying at, she was leaving some food out for the neighborhood animals.  One day, a dog with shiny black fur showed up.  He had a big square head, and a white patch on his chest.  She started calling him Buckwheat at the suggestion of another one of the homeless people of Flint.

Time and time again, she’s tried to find a proper home for Buckwheat.  Every time she tries, he leaves the person she drops him off to, and comes directly back to her.

“He kept coming back and coming back,” she said.  “So I guess he just wants to be my dog.  I don’t know.  I can’t afford him, but I can’t just let him starve out there.”

She’s glad for Buckwheat’s friendship, but knows that he’d be better off with a real home.  Something with a nice family, and a fenced in yard.  Debra has called in PAWS Animal Rescue to try to help Buckwheat find the home she knows he deserves.  Anyone wishing for more information, or wanting to apply to adopt Buckwheat can contact PAWS Pets in Peril Program. 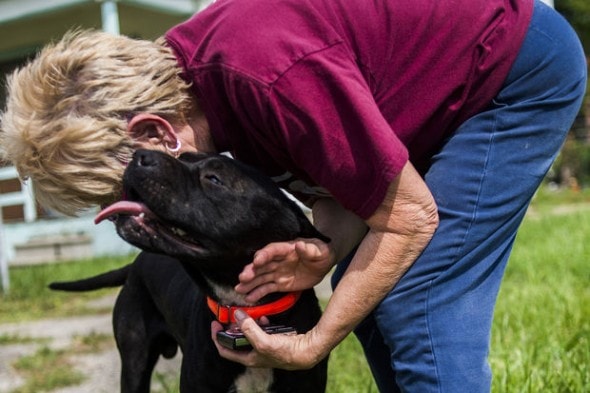