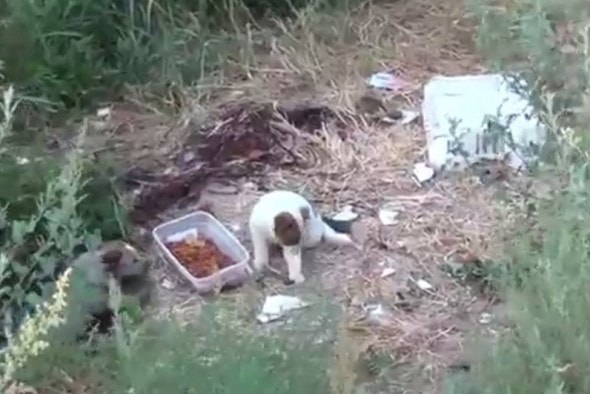 Having the HUGE hearts that they do over at Hope for Paws, they went out as soon as was possible, and the rescue was a success. 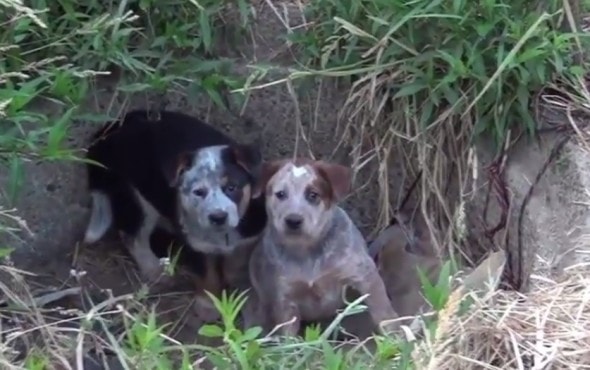 The rescue crew left Los Angeles, and was in town to do the rescue just as the sun started coming up.  The three pups were easy to spot, but locating mom was proving to be a bit tougher than they thought.  That’s when a passer by noticed the Hope for Paws team, and delivered some news that no rescue team ever wants to hear.

Gaia had passed away.  The man told Eldad Hagar that she was spotted about a mile to the west of where they had located the homeless, and now orphaned puppies.  Gaia had been hit by a car only two hours before Hope for Paws showed up.  They rushed to the described area to see if what they were told was true. 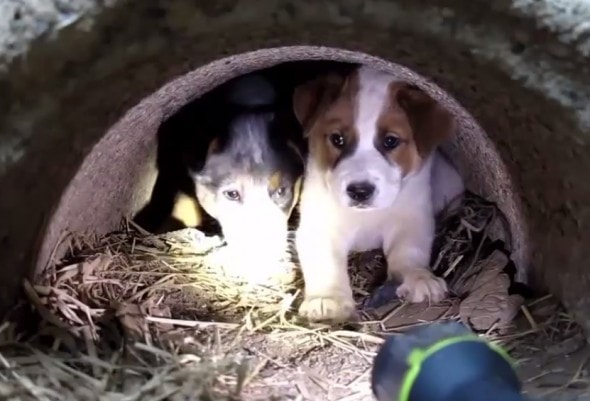 Sydney was the first to be rescued.  Apparently, in the short time they had together, Gaia taught her pups to be VERY wary of humans.  After Sydney, the other two took over two hours to come out and be rescued as well.  All three dogs were brought in off of the streets, from the middle of what seemed like nowhere. 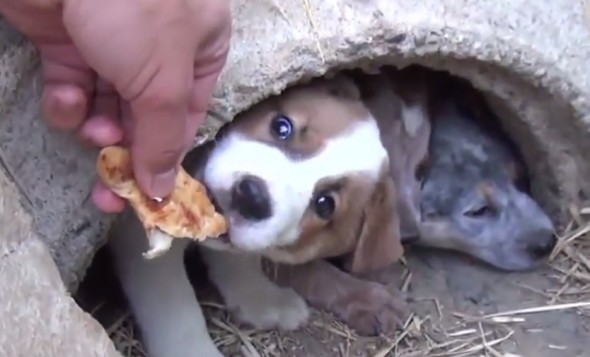 Hope for Paws and The Bill Foundation have come together, and saved these three, beautiful little dogs, and now the road to recovery, re-socialization and finding that family that will love them just as much as we’re sure their mom did.  Great work guys!  Keep it up.