Yet again, the amazing folks at Hope for Paws have been called into action.  This time, to rescue Mufasa.  This poor dog had been living in a water treatment plant in Los Angeles.  Someone that is employed by the treatment facility had noticed him, and after seeing a different Hope for Paws rescue video online, contacted the rescue group.

According to Eldad Hagar, “Though Mufasa was frightened to be rescued, he quickly embraced the second chance he was being given.”  Hagar then gave some credit to Lionel’s Legacy with giving Mufasa that second chance.

Keep sharing the Hope for Paws videos.  The more people that know about Eldad Hagan and crew, the more dogs will be given a second chance at life, and an opportunity to show a dog what it means to be part of a loving family.  Keep up the good works, Hope for Paws.  You guys are true heroes! 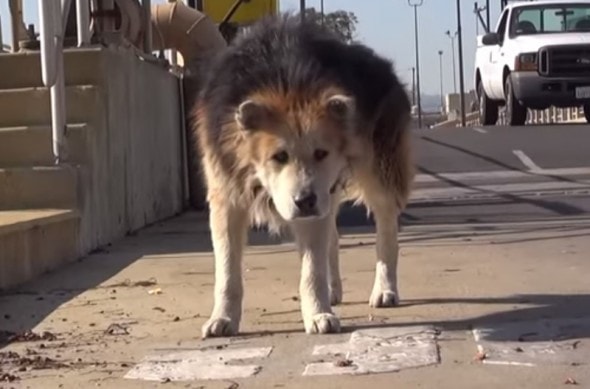