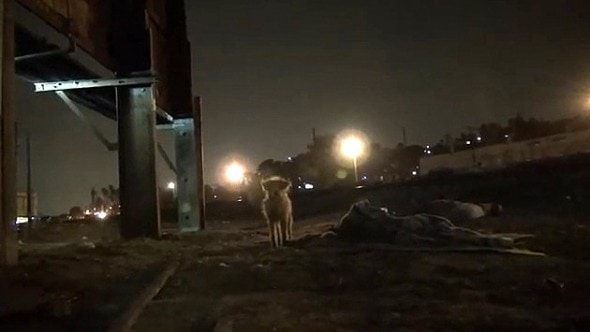 When Leti Rodriguez saw an abandoned dog living by some railroad track in an industrial part of Los Angeles, she called Hope for Paws for some help. Eldad Hagar (of course!) came to the rescue, and now the dog – named Nora – needs a home. 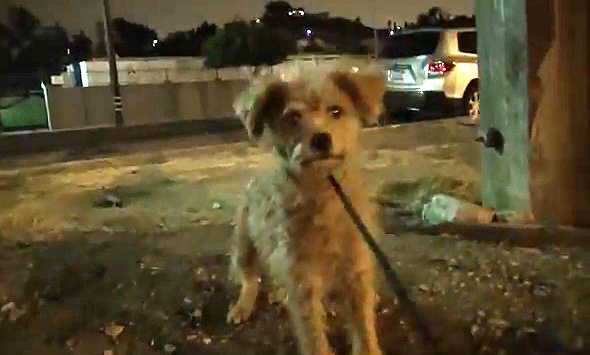 She was living in a dangerous area – flanked by trains on one sides and steady traffic on the other. The rescue mission took place at night, when there was less train activity. The dog, who was named Nora, was so apprehensive that she scuttled away when offered food by Eldad Hagar, founder of Hope for Paws. After a train passed, she felt more comfortable approaching the food.

But it wouldn’t be easy. She was caught on a catch pole, but like any terrified animal, resisted. A few minutes was spent soothing and petting her, and before long, Eldad’s lucky leash was slipped around her neck. 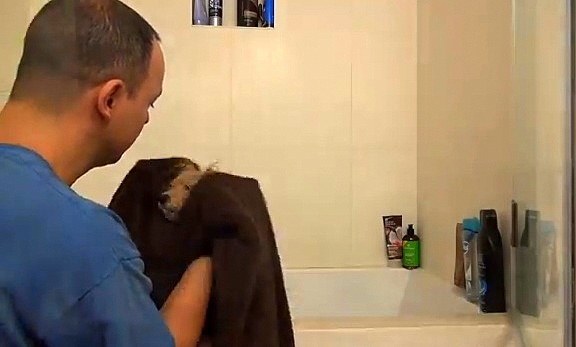 Eldad took her home, and gave her a much-needed bath. Nora was happy to snuggle up on Eldad’s bed.

After a short recovery period she was taken in by Bark N’ Bitches, an LA dog boutique that offers organic health and food products, and adopts out shelter rescues. 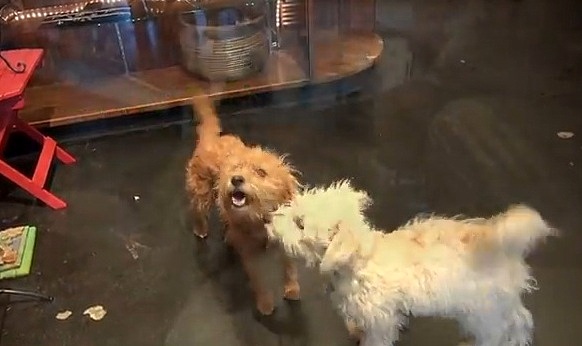 Nora is proving to be a sweet and friendly dog. She needs a home, and anyone interested in having her become a family member should contact Bark N’ Bitches.