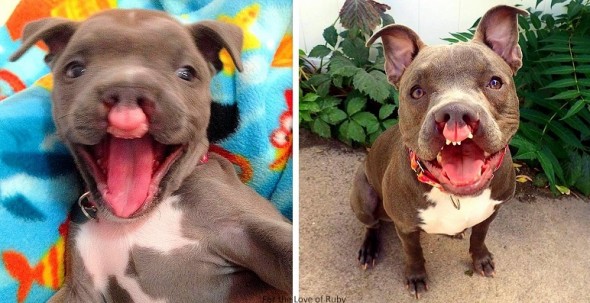 When Ruby was born in December of 2013, she wasn’t given much hope for any kind of a future.  She was born with a cleft lip and palate, which made it virtually impossible for her to nurse.  Vets had advised she be put down.

After an attempt to care for her over the first five days of her life, the breeder she was born to had surrendered Ruby to the Utah Animal Advocacy Foundation in Salt Lake City.  She was very malnourished.

In an interview with The Huffington Post, the director of the foundation, Jennifer Clayton said, “I have to admit that she looked pretty bad.”

When Jennifer brought Ruby to her personal vet, it was the first time that euthanasia wasn’t the first suggestion made.  Jennifer was told that this would be a costly endeavor, but could be done.

“But she said she’d help me try to save her if that’s what I wanted to do,” said Jennifer.  “As I sat there trying to make that terrible decision, Ruby started to suck on my finger and I knew that she wasn’t ready to give up.” 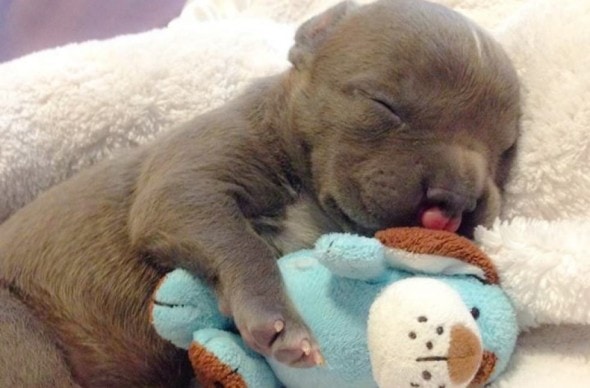 The task of keeping Ruby healthy was a monumental one.  Tube feedings in the middle of the night were a common occurrence, not to mention the others that needed to be done about every four hours.  This took place from her birth in December, straight through to March.

That March, a surgeon at the University of Pennsylvania veterinary school found out about Ruby.  He called Jennifer and said he was willing to help.

“Ruby and I flew from Salt Lake City to Philadelphia for surgery.  The surgery was a complete success and the very next morning Ruby ate canned puppy food for the very first time,” said Jennifer.

So, how is the little pit bull doing now?

“Except for the occasional sinus infection and a few minor dental issues, Ruby has been the picture of health ever since.  At this point, she really is like any other dog except for her unique look,” says Jennifer. 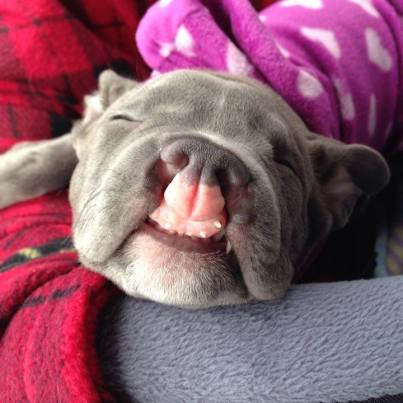 Today, Ruby enjoys a Facebook fan base of over 30,000 followers, and gets recognized on the streets by her fans all the time.

“It has been crazy to realize just how many people know Ruby and recognize her when we’re out in public.  It’s not uncommon at all for people to approach us on walks, outside the grocery store at various events, and even at the drive-thru.  Her little pink nose is so recognizable, and people who have followed her story are always excited to meet her in person,” said Jennifer.

Jennifer hopes that all of this attention paid to Ruby will spur on others into taking in challenging rescues.  She also hopes that Ruby’s story can help with little children who need a little extra care as well.

“Ruby is famous and loved because of her differences, and I think there’s a powerful message in that,” said Jennifer. 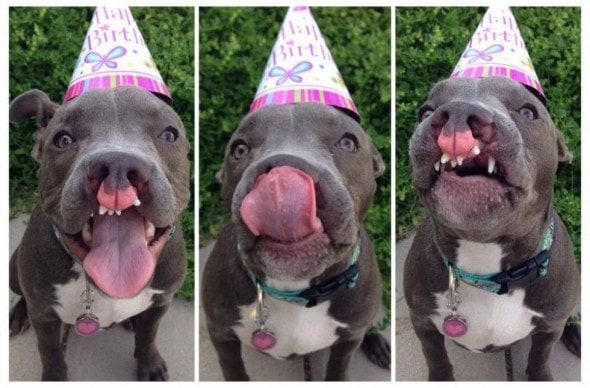