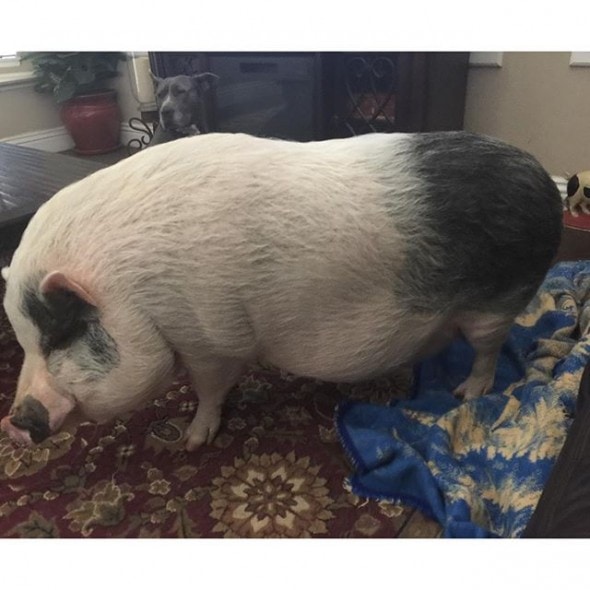 Chowder is a rescue-pot bellied pig that lives with his five “siblings.”  We put siblings in quotation marks because that is a term to be applied loosely.  In fact, so is his genetic predisposition to being a pig!  Ever since he was rescued, he’s decided he’s just gonna be one of the dogs, and that’s totally OK! 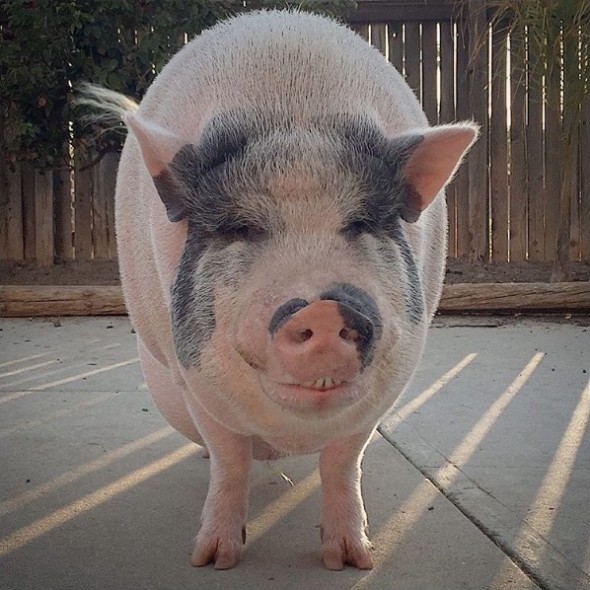 Chowder and his siblings all live with their human mom.  They all get along swimmingly, which is amazing on its own.  However, the fact that Chowder now identifies as genetically “dog,” he adds another interesting layer to this melting pot of a family. 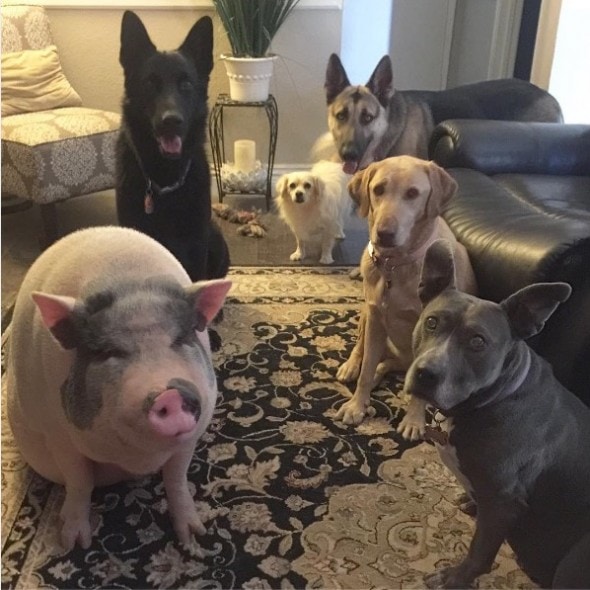 And it isn’t just a façade put on for the general public either.  Whether indoors or out, they just love to be together.  It’s as if none of them notice the differences between themselves.  Now, if only humans could do this… 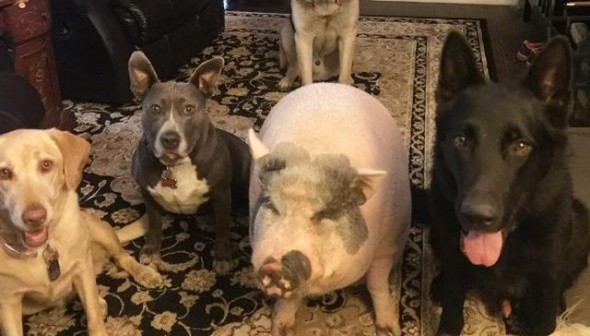 They even gather together for meals nicely; no one shoving anyone out of the way, or getting into over leftovers.  You’d almost have trouble telling that they weren’t all from the same litter! 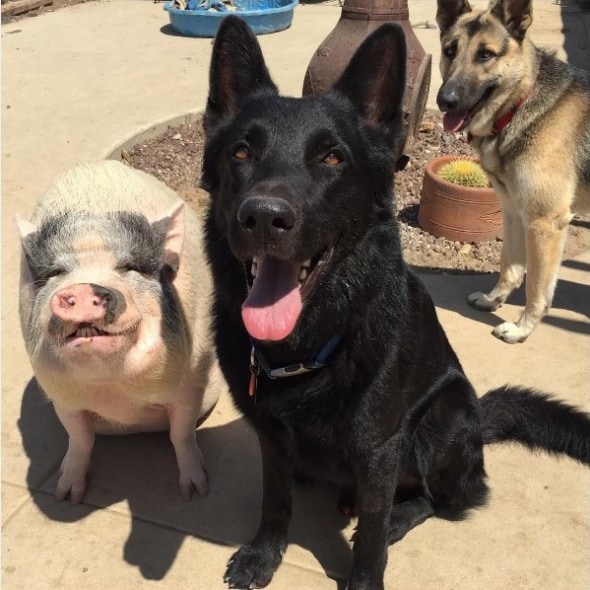 Their human mom has friends that are animal lovers as well, so there’s always someone around to play with.  When you’re surrounded with the people you love, you never even have the time to get bored! 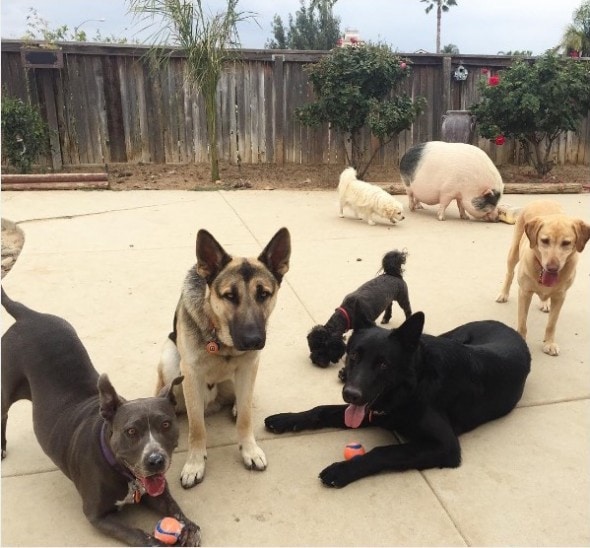 Yup, this motley crew of seemingly random animals may look a bit strange, but to them, anyone they choose is family.  Regardless of what you look like or who you identify yourself as, all are welcome here! 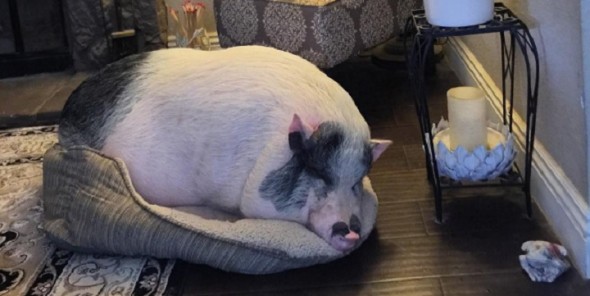