Mark Woods and Walnut, his whippet, have been together a long, long time. At 18, however, Walnut’s age had finally caught up with him. Woods planned to say his final goodbyes this past weekend, but not before one last walk on his old friend’s favorite beach.

And he invited other dog owners out to join them.

“Sadly I am having to have Walnut euthanized on Saturday 12th November and so we will be having a last walk together on his beloved Porth Beach at 9.30am,” wrote the Newquay, UK, resident. 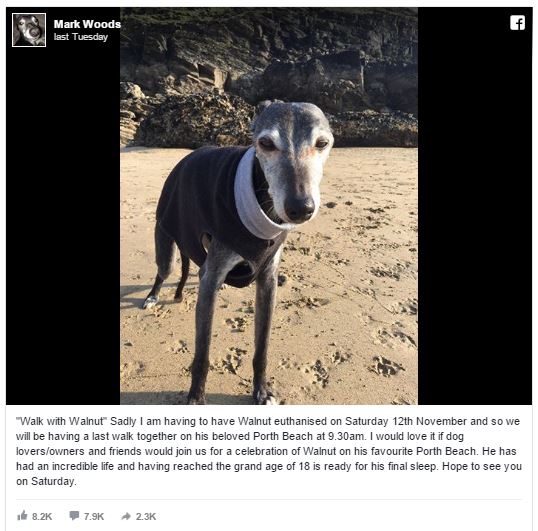 “I would love it if dog lovers/owners and friends would join us for a celebration of Walnut on his favourite Porth Beach,” Woods continued. “He has had an incredible life and having reached the grand age of 18 is ready for his final sleep.”

Woods’ plea for his “best friend” quickly went viral and many turned up Saturday to celebrate Walnut.

On Twitter, #WalkWithWalnut was getting lots of mileage. Both those who attended and dog lovers who couldn’t make it tweeted their support. 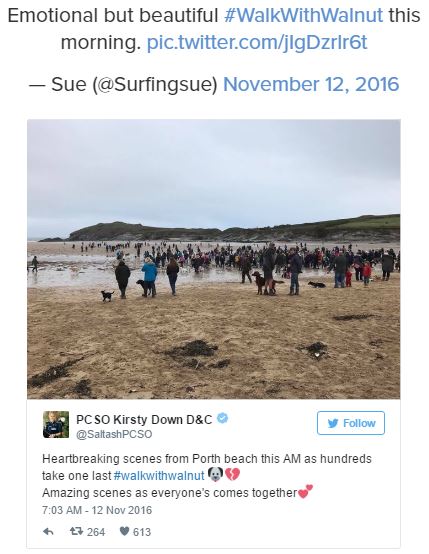 Woods announced the news on Facebook, writing, “Walnut passed away this morning at 11.56am.”

“He went very quickly and in my arms,” the British man continued. 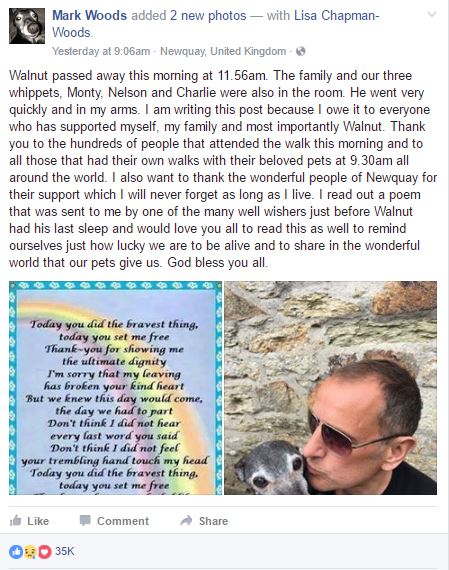 He then went on to thank the “hundreds of people that attended the walk this morning and to all those that had their own walks with their beloved pets at 9:30 am all around the world.”

Woods ended his announcement by reminding everyone “just how lucky we are to be alive and to share in the wonderful world that our pets give us. God bless you all.”