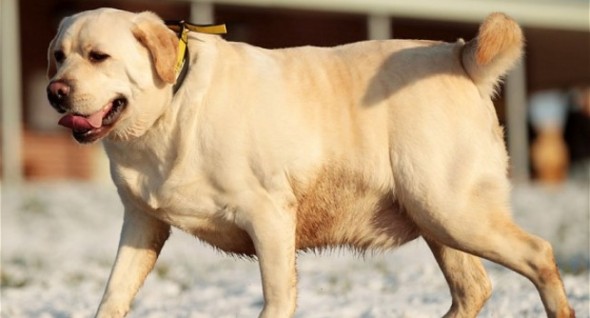 Lab owners woeful about their pets’ propensity toward pudginess may not be entirely to blame, it turns out. This immensely popular breed, it turns out, may be genetically predisposed to becoming overweight.

When a veterinary surgeon and geneticist who had studied human obesity and its link to genetics decided to conduct similar research on Labrador retrievers, she and colleagues at the University of Cambridge found a variation in one of the three condition-related genes.

The gene in question, POMC, was present in 2/3 of the obese dogs but only in two of the 18 slim ones. The variation — part of the gene was missing — can prevent dogs from feeling full once they’ve eaten.

Further research found that the deletion was more common among pudgy pooches whose owners outed them as particularly ravenous, to the point of eating non-food items, as well.

“What we’ve found in the study is that there really is a hard-wired reason for some Labradors to be completely obsessed by food,” said Eleanor Raffan, the doctor who conducted the research, in the journal Cell Metabolism. 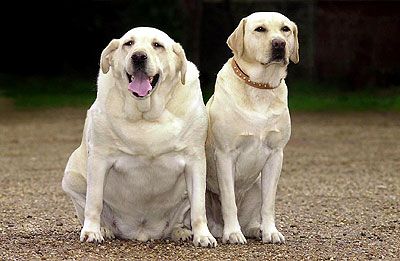 What’s more, 75 percent of 81 Labrador service dog tested had the deletion. Raffan suggests this could be because Labs who are extremely food-motivated (treats are used as a reward during the training period) are disproportionately chosen for the job.

The moral of the story? Resist the tug of those sweet puppy-dog eyes to keep your Lab at a healthy weight.

Or at least make your dog work hard, via exercise or a toy that requires a bit of a struggle to unlock the biscuit within, before giving up the cookie.