On July 17, 2015, Jessica Arnold from Indianapolis arrived at Fire Station 5, located at 450 W 21st St., with a stray dog whose head was stuck in a tire rim.  Thanks to rescuers and the use of hydraulic tools, the dog’s head was extricated from the heavy metal rim.

On that day, Arnold came home from work and found Jimma in a neighboring property with her head stuck in the rim. 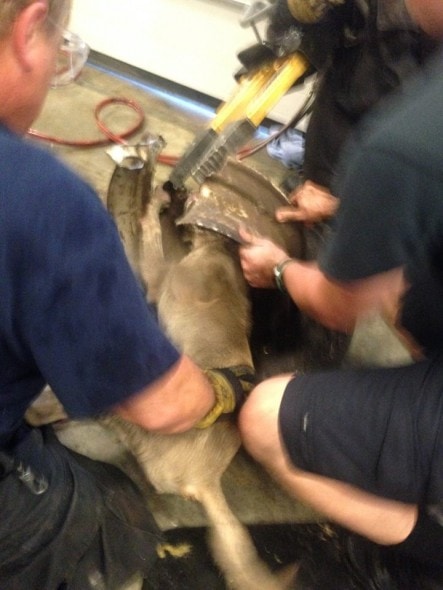 As soon as the dog arrived at the station, firefighters tried to gently pull her out of the rim. They used soapy water and oils, but this strategy failed. After 10 minutes, rescuers contacted another fire station and a second team of rescuers were dispatched with hydraulic tools to cut the metal piece. 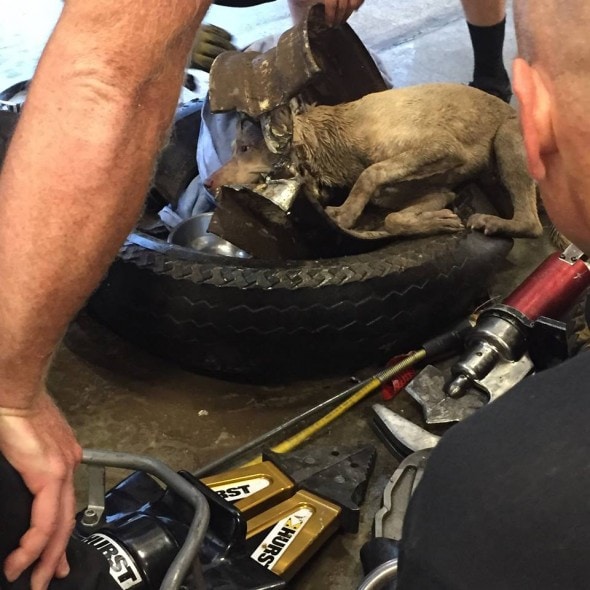 The rubber tire was removed and the rim was slowly cut. Firefighters soothed Jimma by petting her, talking to her lovingly and allowing breaks in the cutting process for the dog to relax. 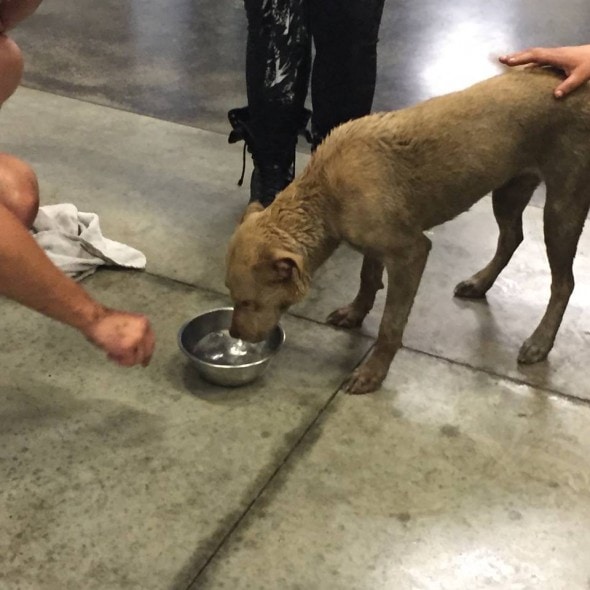 After a few stressful minutes, the dog was free. The experience was very traumatic for the dog, but fortunately Jimma did not suffer any injuries.

Arnold took the dog back home and welcomed her into her home. Jimma is no longer a stray.