One of the most troubling cases of animal abuse in recent memory has taken a sad turn. At 3 pm (local time) this afternoon, Star passed away.

The mixed breed dog achieved fame after she was rescued from a shallow grave near Ghar Hasan after having been shot and left for dead. Her rescue and recovery were regarded as miraculous, and thousands joined her fan page to offer support during her recovery. To this day her abuser remains at large.

Star passed away less than 24 hours after hundreds of her supporters assembled for an anti-animal cruelty demonstration inspired by her case – the largest protest of its nature ever held in Malta.

Star had been doing well in the care of St. Francis Animal Welfare Center and was expected to make a full recovery. She went home for a few hours this Saturday to get to know her new owners, but was rushed back to the clinic when she started vomiting. Tests confirmed acute pancreatic inflammation, and within just a few hours, the dog who had shone so brightly through her darkest days quietly faded away. 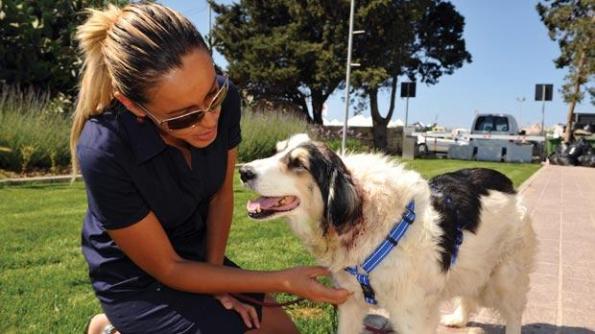 80 thoughts on “In Memory of Star”