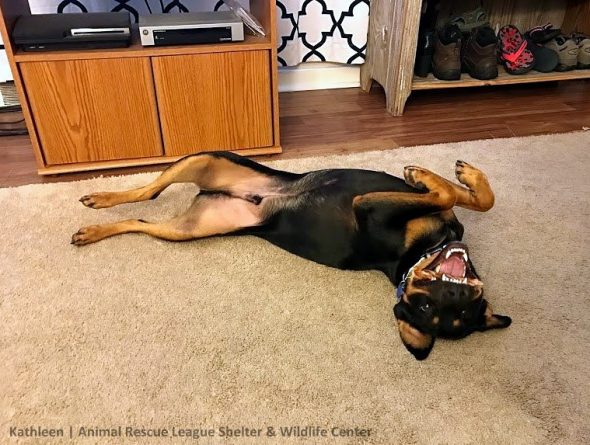 Rescue animals almost always seem to understand just how lucky they are to have been saved, and we see plenty of examples of their gratitude.  Rocky was adopted when he was just a puppy, but every day when his humans come home, he flops on the floor and gives them a maniacal smile to show how much he loves them.

Kathleen, a volunteer dog walker for the Animal Rescue League Shelter & Wildlife Center in Pittsburgh, recently shared her adoption story of Rocky with the group: 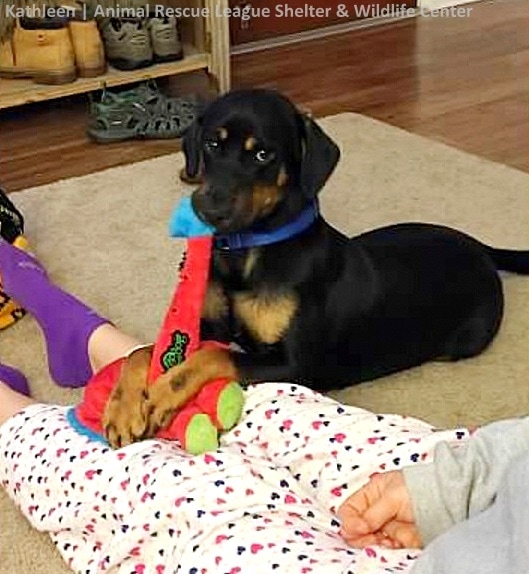 On Mother’s Day, I went to walk dogs as usual and walked several before ending my day. However, I still had some time before I had to be at work and found that the last dog that needed a walk was Clancy (now Rocky). I went to his kennel and saw his big smile… I took him out instantly. I walked him around the designated area and before I took him back, he started being cute playing with some weeds along a patch of Western Avenue, so I took some pictures to send to the volunteer manager to update his adoption page. 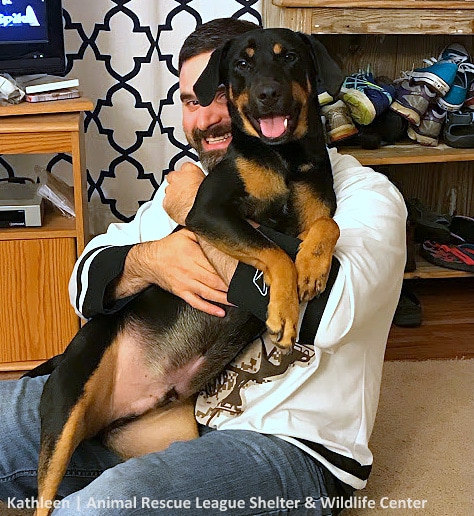 After looking at them, I sent them to Steve (my husband), and he said he was so cute. I asked Steve if he wanted to meet Clancy and he said yes! Once I got to work I emailed the volunteer manager and asked about a meeting and she said that Clancy was on his way to an adoption event at the Petco in West Mifflin. I called Steve and got him to go there. I said that if he got there and he was already gone, I would be sad but happy that he found a home. Around 11 a.m., Steve called me and said, “We have a puppy.” I left work immediately.

Rocky is the happiest dog ever. Not only does he look like he is smiling naturally, but when we come home after work, he literally smiles! He pushes his lips up and smiles with his teeth – it makes him look a little vicious, but his tail is wagging so hard that we know he’s just so happy to see us come home. 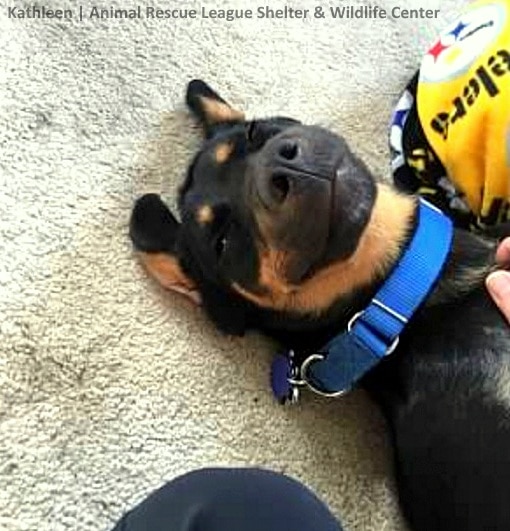 Rocky also loves to be snuggled and petted and held. He has to have all the attention all the time, which is fine since he is an only child (for now). He will sit next to us and grab our arms and hands and pull them towards him to get more attention. And when he is tired, he will snuggle right next to us on a blanket… he also snores (we’ve taken some videos because it’s funny). He is crate trained and he did use to sleep in his crate at night, but now he likes sleeping between us in our bed stretched vertically along the bed so that he is snuggled between both of us.

And Rocky loves EVERYONE! He never meets a stranger, whether it is human or dog. He loves going to the dog park and meeting everyone there. 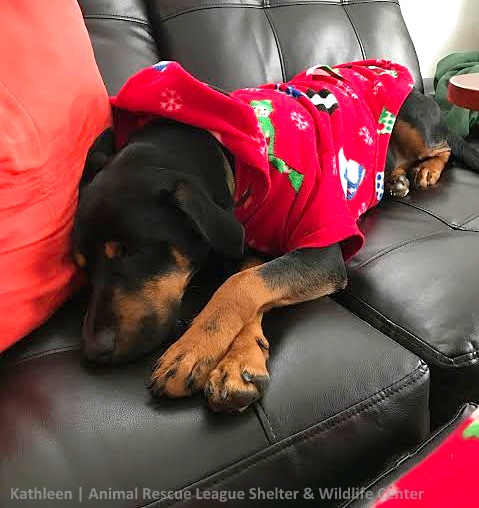